Posted on Wednesday 3 February 2021 by Gareth Prior

Today we are again heading into the capital for a view of a surviving first generation structure, although whereas many of our London entries have seen the depots still used for buses it’s a different story for East Ham Depot.

East Ham Corporation tram depot in Nelson Road, East Ham is situated at the rear of East Ham Town Hall. It was opened as a depot on 22nd June 1901 and was taken over by London Transport on 1st July 1933. It soon closed though with the last trams moving out on 30th September 1933 and operations transferred to the former West Ham Corporation depot in Greengate Street. For many years it was used by council lorries but has now been incorporated into the Newham Council Leisure Centre. 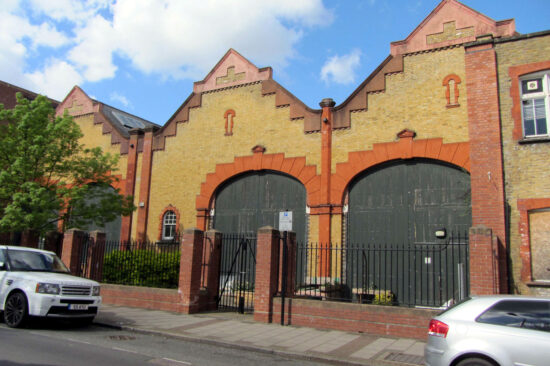 2nd April 2017 and the building as it is now. (Photograph by Bob Hodges) 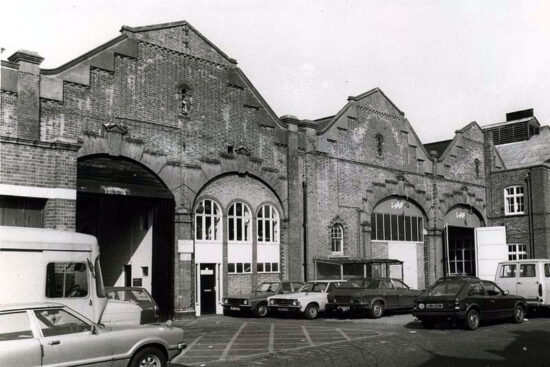 The depot when in use by the London Electricity Board and others. (Photograph from Bob Hodges collection, photographer unknown) 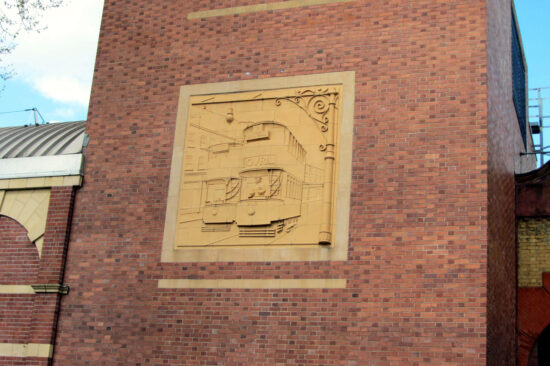 Included in the building now is this plaque showing the origins of the structure to those who use the facility. 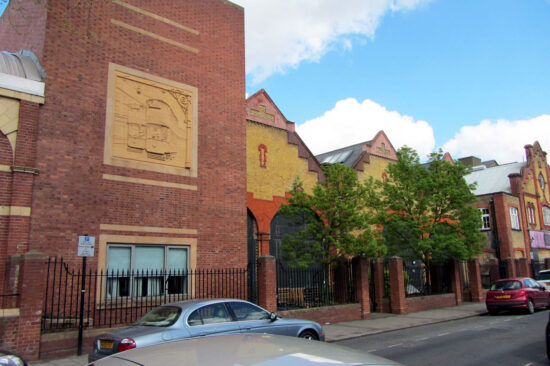 Another look at the plaque, showing the large scale of it – no-one should be able to miss it! (Photographs x2 by Bob Hodges)