Posted on Tuesday 15 December 2020 by Gareth Prior

In this edition of “15 Years Apart” we are off to South Yorkshire where we take a look at one of the Siemens-Duewag original trams.

That tram is 107 which in 2005 was running in the then standard Stagecoach fleet livery which featured a white body with three stripes at the bottom of orange, red and blue. It also had a dark blue skirt. In this image we see 107 at Halfway on 9th June 2005 where it waits for departure with a Blue route service to Malin Bridge. Not only was the tram still in the older fleet livery but it also had the roller destination blind. 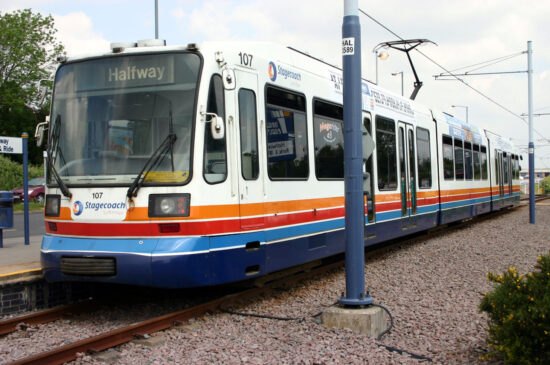 Moving forward 15 years and 107 now has the electronic destination display and is in the distinctive more recent Stagecoach livery featuring the blue body and orange and red swoosh at the body ends. It is seen at a different terminus – Middlewood – in this view which was taken on 22nd November 2020. 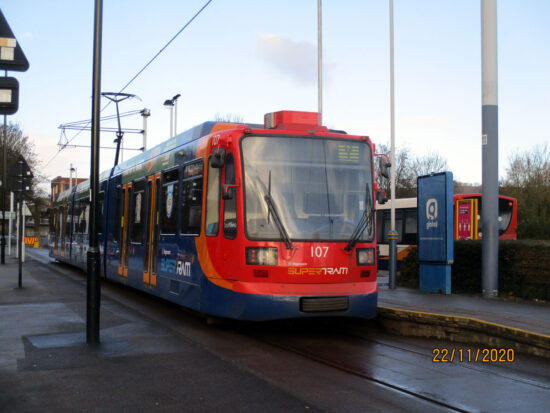