Whatever Happened To? Midland Metro 05

Posted on Tuesday 15 December 2020 by Gareth Prior

We carry on a look at the original Midland Metro trams to see “Whatever Happened To” them. This time out we reach no. 05.

05 was delivered to Wednesbury Depot on 10th July 1998 and like its sisters would have to wait until the last day of 1999 before the system for which it was built would open. 05 received the name Sister Dora in April 2004 and continued to be just another member of the T69 fleet until it was involved in a serious collision with a fire engine on 26th May 2007 in Wolverhampton. This eventually saw the tram head to Wolverton Works for repairs and after these were completed it returned to the Midland Metro system in the Network West Midlands livery and would remain in service like this until March 2015 when final withdrawal came.

Like the other trams we have seen in this series it would remain stored at Wednesbury Depot until it was time for it to be moved for further storage at Long Marston. 05’s move took place ln 17th March 2016. The tram was one of those sold for scrapping at e-auction with its last one-way trip to Rotherham taking place in early 2018. It has become the only Magenta and Silver liveried tram to be scrapped so far. 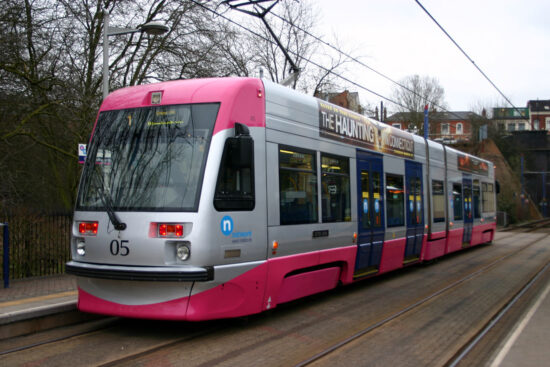 05 in the Network West Midlands livery at Jewellery Quarter on 11th March 2009 as it heads to Birmingham Snow Hill. (Photograph by Gareth Prior) 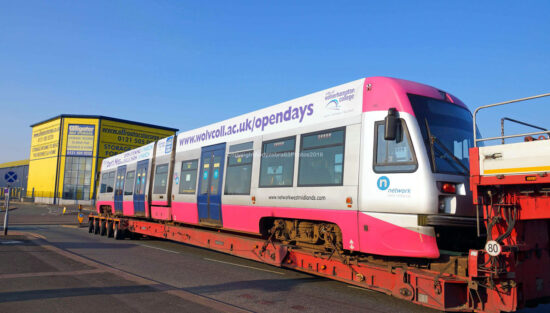 17th March 2016 and 05 sits on the back of a low loader as it leaves Wednesbury Depot for the last time. It would head to Long Marston where it would remain for the best part of two years before a further road trip, this time to Rotherham and scrapping. (Photograph by Andy Walters)