Whatever Happened To? Blackpool Western Train 733+734

Having now seen all the normal trams which ran in passenger service over the course of the final weekend of traditional tram operation in Blackpool, the last three editions now concentrate on the illuminated feature cars, starting with the Western Train.

As would be expected, the Western Train was used on both nights of this weekend. It ran four tours on Saturday 5th November with the following night seeing it operate the three tours. At this point in time illumination tours still ran from North Pier, operating north from there to Little Bispham and then back south to Pleasure Beach before terminating at North Pier again. The Train was back in depot around 2100.

Having only returned to service some two years earlier, the Western Train has run every year since (except for 2020 so far!) with almost nightly use during the illuminations each year. With it starting to look tired and many lights out during the 2019 season it entered the workshops during the winter with the plan that it would be overhauled and back to its best for the 2020 illuminations. However, it has recently been announced it will miss the start of the illuminations but is hoped to be back later in the year. 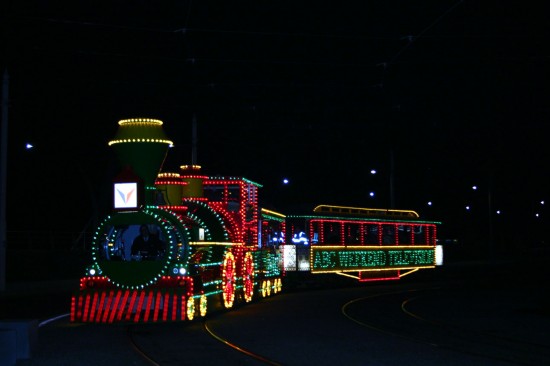 The Western Train rounds the loop at Pleasure Beach on 6th November 2011 with an illumination tour. 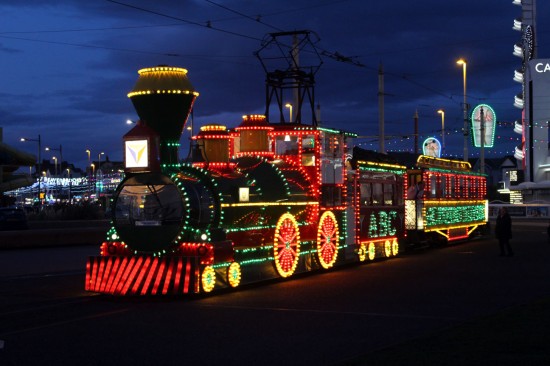 29th September 2019 and 733+734 are again on Pleasure Beach loop, although this time they are at the position tours now load. (Both Photographs by Gareth Prior)