Whatever Happened To? Blackpool Balloon 717

The latest subject in this series that is looking at those trams which ran over the last weekend of traditional tram operation in Blackpool is Balloon 717.

For a tram which always seems to be in service (both then and now!) it may seem odd to say it now but over the last weekend Balloon 717 wasn’t used in public service on either day. Its final use came as part of a daytime tour organised by Tramways Monthly (which also saw the sole use of a Boat Car during the weekend) on Saturday 5th November and it would return to depot around 1900. It was not to be seen in service the following day.

Now and 717 is a regular performer on Heritage Tram Tours, its overhaul in the 2000s giving it a partial heritage and partial modern look including the more modern bumpers and halogen headlights. Despite these modern additions the tram remains operational and with its original green and cream livery style graces the Prom on a regular basis. 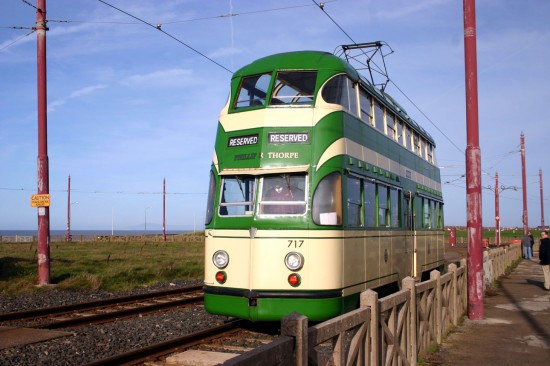 5th November 2011 and we see 717 having just rounded Little Bispham loop on its enthusiasts tour with a southbound working. 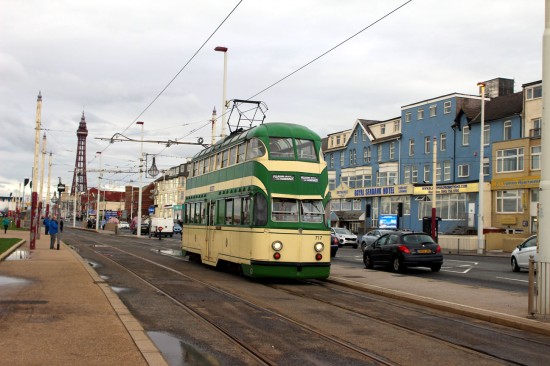 Then on 29th September 2019 and we catch-up with 717 again. This time it is at Manchester Square and is again heading south, this time it is a heritage service which will end up at Pleasure Beach. (Both Photographs by Gareth Prior)

1 Response to Whatever Happened To? Blackpool Balloon 717