We return to Blackpool for today’s edition of “15 Years Apart” and it’s the prototype Balloon Car that we take a look at.

It would be fair to say that 700 has gone through quite a change over the past 15 years, from a tram that had enjoyed a traditional overhaul to a tram modernised for use on the upgraded tramway. But first off we are in 2004 when we see 700 in the Wartime Green and Cream livery on Hopton Road just leaving Rigby Road Depot to take part in a 70th Anniversary Cavalcade of the English Electric Streamlined trams. With twin destination indicators and a trolley the tram looks very much the traditional Blackpool tram. 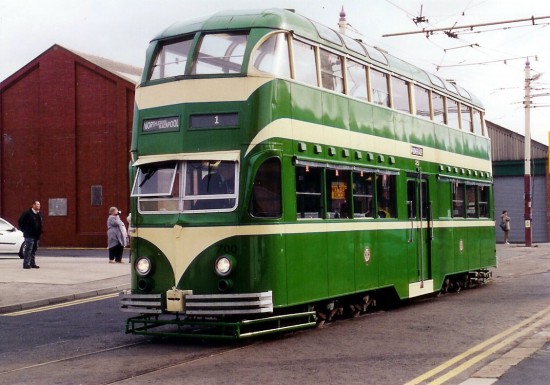 Now moving on to 2019 and 700 has been modernised with the widened centre entrances installed to allow it to operate at the light rail platforms, although its use for this purpose has been very much few and far between. It retains the twin destination screens and roof windows but the trolley is gone and replaced by a pantograph and the green and cream has been replaced by the Purple and White Flexity style livery. The tram is seen just entering Pleasure Beach loop. 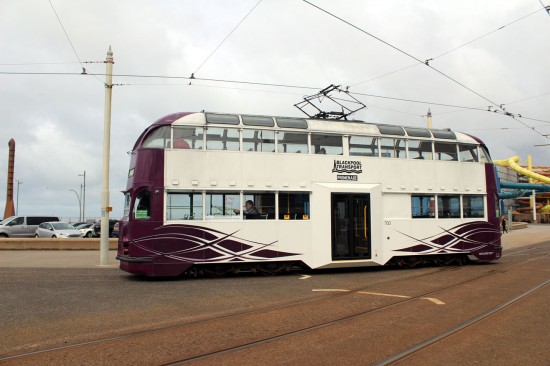