In Pictures: Metrolink stops get a makeover – Cornbrook

Posted on Monday 4 November 2019 by Gareth Prior

Over the late summer and early autumn period Manchester Metrolink have been working on the refurbishment of a couple of key stops on the network with the aim of improving the overall waiting environment for passengers. One of these stops has been Cornbrook which has become a major interchange for passengers with the Eccles-Ashton-under-Lyne, East Didsbury-Rochdale, Altrincham-Bury (and Altrincham-Piccadilly) and Manchester Airport-Victoria services all calling there but is in an exposed location. This pictorial update from Steve Hyde shows the work undertaken on the stop.

The refurbishment project at Cornbrook has seen weekend closures to facilitate work (the second stop which has welcomed the work, Shudehill, was completely closed for a period but this would have been impractical at Cornbrook because of its key interchange role) and as part of the work an extended canopy has been provided along with a glazed screen along the centre of line of the canopies. End screens are also being put into place to reduce exposure to the elements which has been a problem for those waiting for trams here. The lift is also being refurbished with the walls of the lift shaft and stairwell having their cladding replaced. 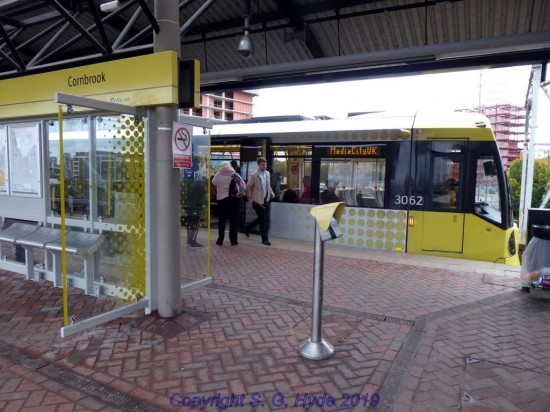 This view shows the new glazed screens installed at the end of the original canopy and part of the central wind break screen. 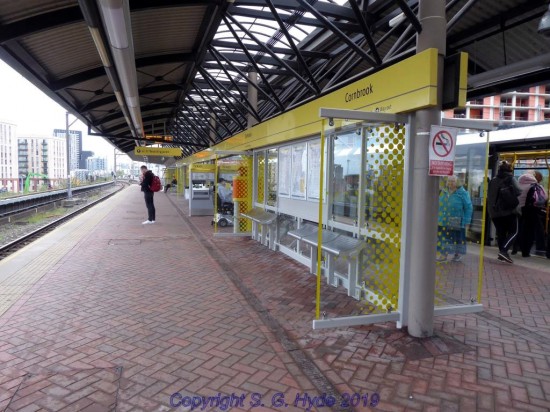 In this view along the inbound side of the platform the new screens are clearly visible. 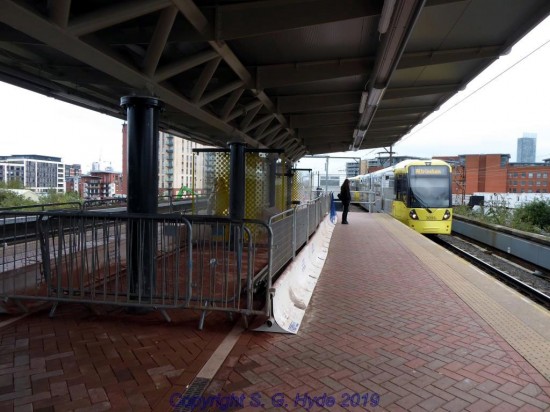 As 3008 approaches at the head of a coupled set bound for Altrincham the new extended canopy can be seen. This extends the covered section to the length of the usable part of the island platform. 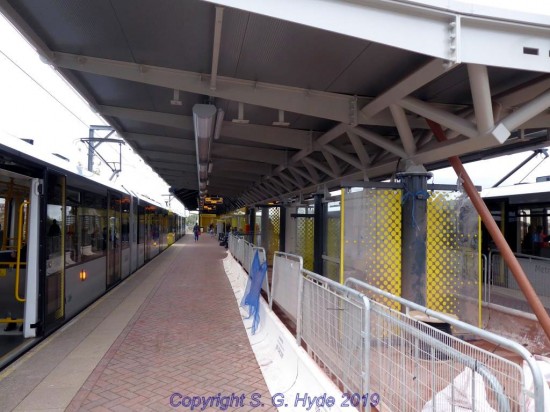 Another view of the newly extended canopy. 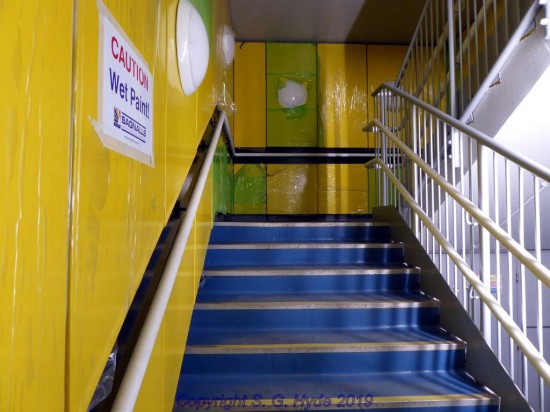 The refurbishment includes the renewal of the stairwell cladding in corporate yellow panelling. (All Photographs by Steve Hyde, 21st October 2019)