In Pictures: Driver Training in Blackpool

An aspect of standard tramway practice across the British Isles we don’t often feature is that of driver training – a vital task to ensure that there is a regular intake of drivers allowing a full service to operate. In Blackpool 001 and 002 are often allocated to the training of drivers and were both provided with an additional seat in the cabs to allow the instructor to sit alongside the trainee. On Thursday 27th June both of the trams were being used for this purpose as this photo from Peter Dockerty shows. 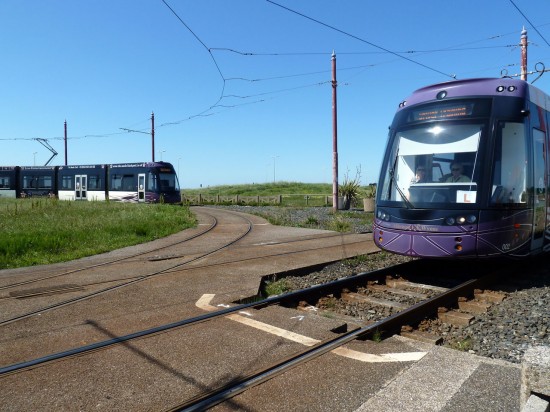 With 001 sitting on Little Bispham loop 002 passes southbound with a driver training run as denoted by both the destination display and the red L in the cab. (Photograph by Peter Dockerty, 27th June 2019)