Another entry into is it a tramway or a railway debate is the Hythe Pier Railway (its official title) in Hampshire which runs along Hythe Pier. This pier is served by a ferry which travels across from Southampton with the railway then running along the pier to reach land. Two locomotives are owned and they are always marshalled at the land end of the train with a driver’s position also provided in one of the carriages at the sea end. Services are usually formed of a loco and three carriages with all rolling stock currently carrying a rather drab green livery. Peter Narramore caught the railway in action on 8th November 2018. 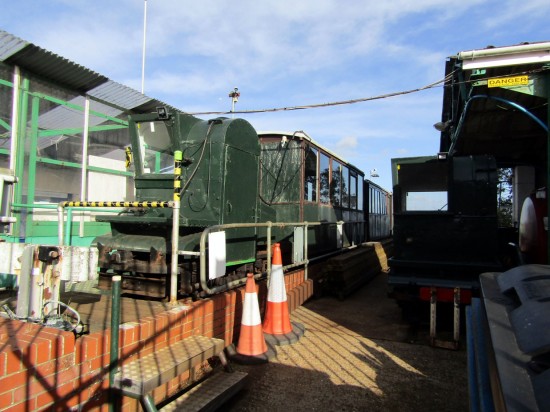 The line is operated by third rail and this first view shows the service train waiting at the land end terminus with one of the locomotives waiting for departure. The other locomotive is also seen stabled out of use on the right. Both locos are over 100 years old and were formerly battery operated before making their way to Hythe.

The train makes its way along the pier. Note also the flat wagon at the end of the train which is used to carry passenger luggage. 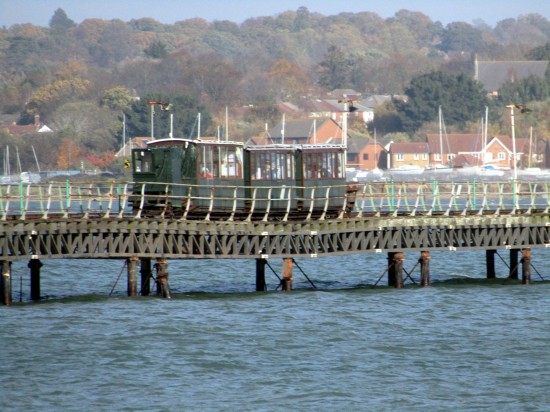 Another view of the train in progress along the Pier. Looking through a zoom lens the condition of the pier is rather exaggerated. 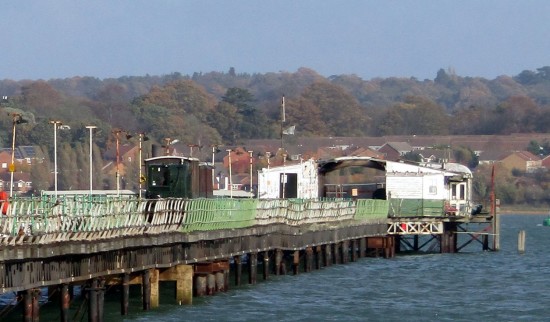 Looking to the end of the pier with the train heading back to landward end. 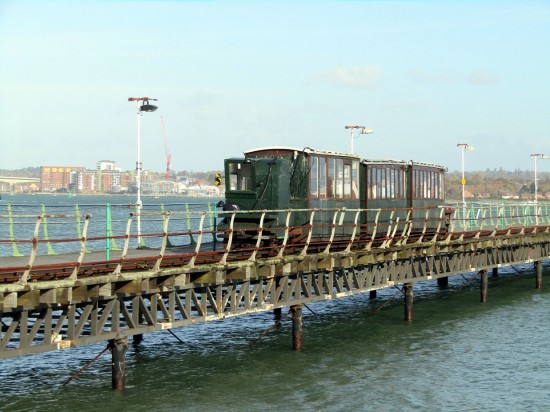 In this image we see the train in action once again. 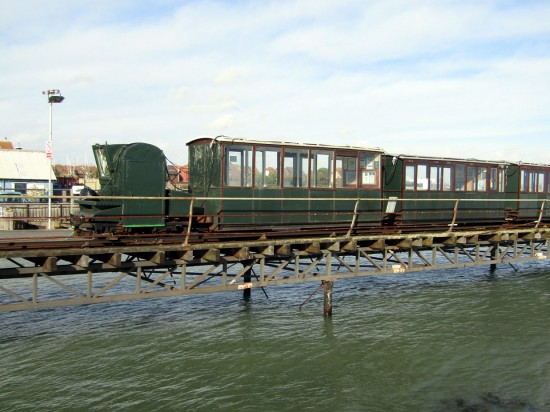 One final view of the locomotive and carriages. (All Photographs by Peter Narramore, 8th November 2018)

This entry was posted in Hythe Pier Railway. Bookmark the permalink.