Despite being technically withdrawn from service at the end of October last year, Manchester 765 has made a few surprise appearances on the Heaton Park Tramway since then for various reasons. Its first outing of 2013 occured on Sunday 20th January, when it joined Blackpool Brush Railcoach 623 in operation through the snow-covered park.

On this day, hardy visitors to the park included some people who recognised 765 as the tram that they had seen under restoration back in the 1960s! The opportunity for a reunion proved irresistable, and the keen tramway volunteers were happy to oblige by bringing 765 out of the depot for some photo opportunities. The visitors were then invited to board the car for a ride to Lakeside, where it was posed with 623. After more photographs were taken, 765 returned to the depot – but its appearance once again showed the willingness of the team at this tramway to keep their visitors happy. With Vanguard car 7 also out, it was possible to see three trams out in the snow for what turned out to be a very memorable day in Manchester, for all the right reasons.

It is not yet known when work will commence on 765‘s proposed overhaul, but with work on Stockport 5 taking priority to ensure that it is ready for its trip to Beamish in the spring, the tram is likely to sit untouched for a little longer – opening up the possibility for further special appearances on the tramway perhaps!? 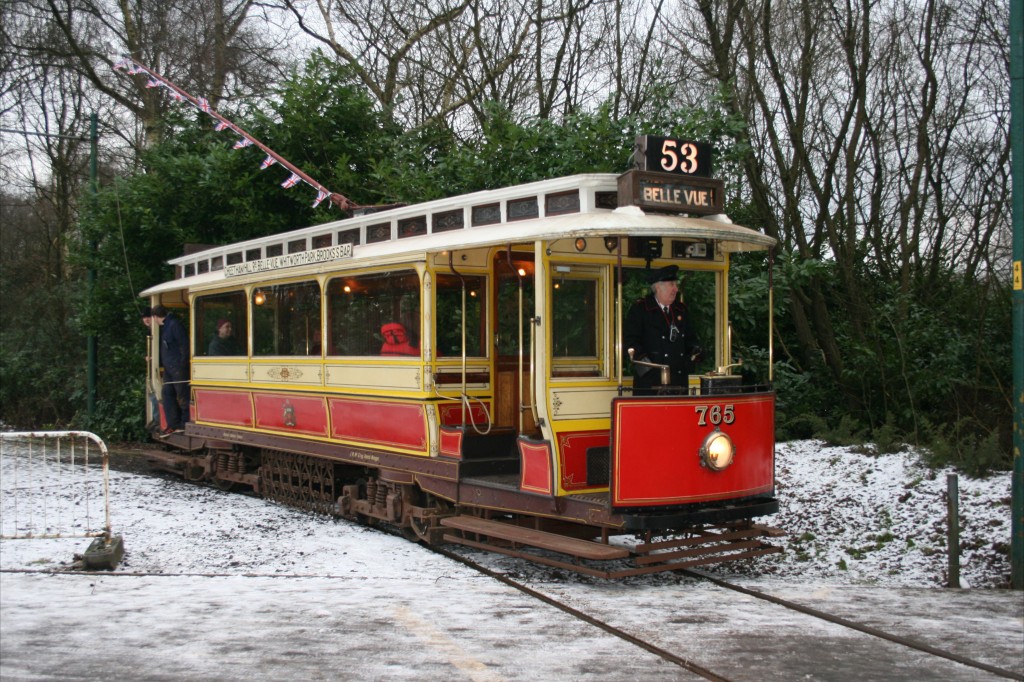 Manchester 765 pauses at the old Lakeside terminus in the snowy park on January 20th. We hope to bring you more snow pictures from Heaton Park soon! (Photo by Joe Savage)

1 Response to Manchester 765, the comeback king