The restoration of Liverpool 245 by members of the Merseyside Tramway Preservation Society made another important step towards completion this week, with the tram becoming mobile for the first time in many months on Thursday 24th January. Following the delivery of its completed underframe and truck earlier this month, no time has been wasted in reuniting these with the body of the tram, to the extent that the cradle which has supported it for so long has now been removed.

The yellow steel frame was used to support 245 when its underframe was removed for reconstruction, but as this part of the project is finally complete, it is no longer required. Therefore, on January 24th, the frame was removed allowing the UK’s last Liverpool ‘Baby Grand’ tramcar to be moved forwards within the Birkenhead depot and workshop at Taylor Street. This means that it can now stand over the depot’s maintenance pit, where its motors will be refitted, along with the brake rigging and other vital equipment. Whilst there is a lot of work to do before Liverpool 245 can run again, the tram is certainly progressing well and the work carried out so far is a credit to the small team of MTPS volunteers who are working on it. The chance to see the tram as it is now without obstructions also offers a tantalising glimpse of the time when the car will return to service, which hopefully won’t be too far away.

To allow more space around 245 so that it could be shunted into its new position, Hong Kong built car 70 was temporarily moved to the Pacific Road building for storage, also on January 24th.

We are extremely grateful to Mike Mercer of the Merseyside Tramway Preservation Society who has allowed us to republish some of his photographs showing the latest developments with 245‘s restoration. 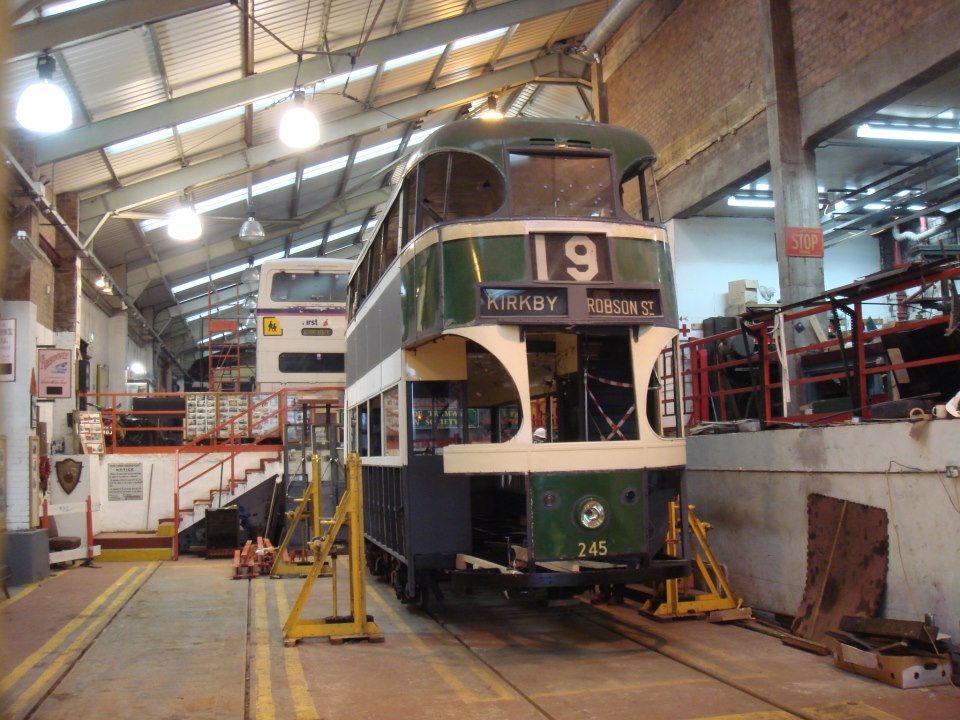 Following removal of its familiar yellow cradle, Liverpool 245 can be admired properly for the first time in many months in its familiar spot at the rear of the Taylor Street depot. 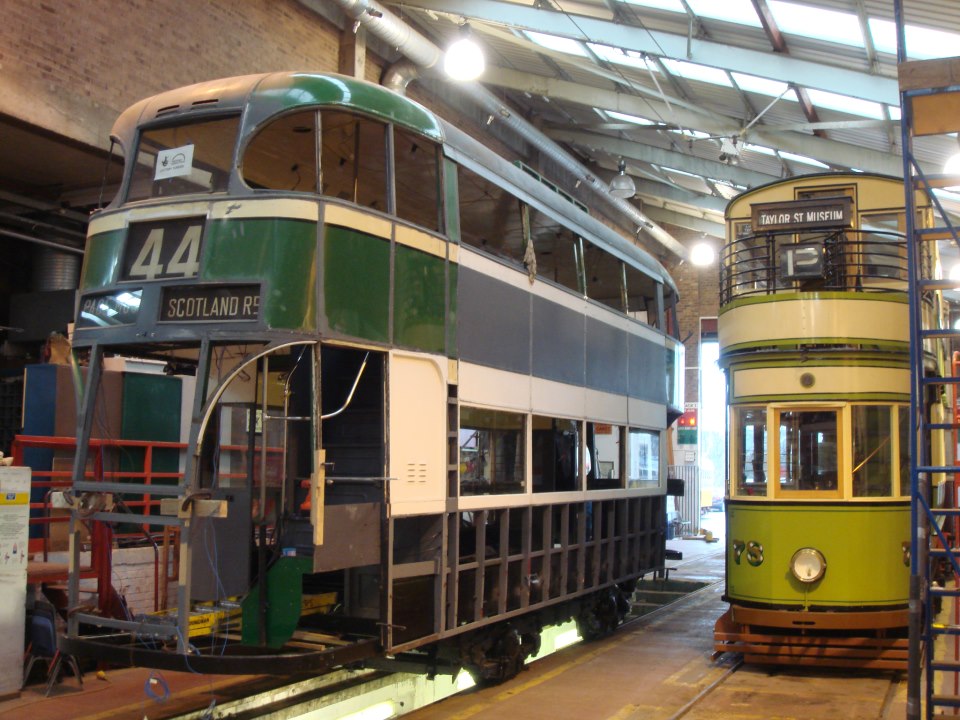 245 again, this time standing over the pit, with Wallasey 78 alongside reminding us of the high quality of restoration we can look forward to when the Liverpool car is eventually completed. 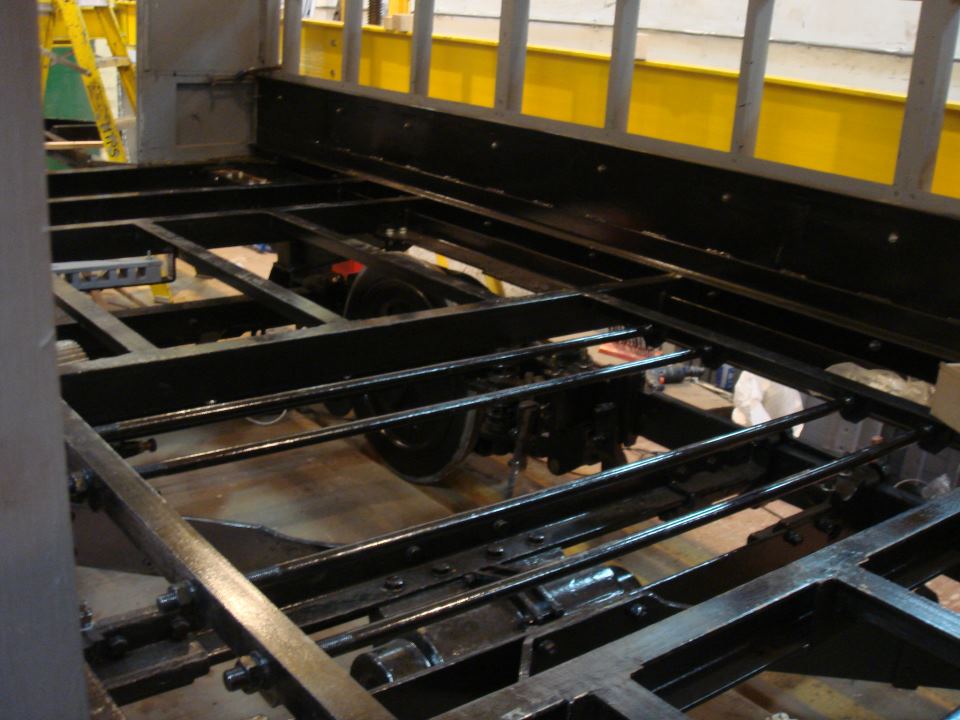 A close look at the newly fitted underframe, which is virtually brand new.

4 Responses to Liverpool 245 is mobile again