Today Picture in Time is heading back over the Irish Sea to Dublin for a view of two trams from the Luas system.

Taken on 14th July 2007 in this photo we see 4012 and 4013 at the then Sandyford terminus. This is the Green line which opened to the public on 30th June 2004 running between Sandyford and St Stephen’s Green following the route of the old Harcourt Street railway line. It was to remain in this formation until July 2010 after which Sandyford was no longer a terminus with the Green line now running through to Bride’s Glen. As for the trams they were built in time for the Green line to open and unlike the 3000 series Citadis they were built as five section trams from the get go. 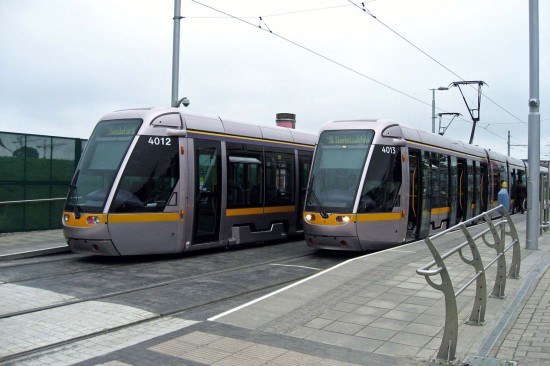