Since the highly successful Trans Lanc Rally event on Sunday 2nd September – which was reputedly one of the busiest days ever for the Heaton Park Tramway – work has continued on the extension to the existing terminus at Lakeside. This will see the current double-track layout join on with a new depot track fan, preceding the construction of the much-anticipated second depot within the grounds of the park.

The short stub track had been temporarily recommissioned for use at the busy transport event so that an improved tram service could operate, but since then has been closed off again to allow work to progress uninterrupted. This has seen this short length of track gradually extended, and a JCB digger was brought in on Tuesday 11th September to assist with moving rails into position. It will be recalled that a stock of track held by the Manchester Transport Museum Society had been under attention outside the existing depot building, and the task of moving this to the boating lake has now begun.

Of course much work remains to be done but it is extremely pleasing to see the start of work that will ultimately lead to far more trams being housed securely at the Manchester park. This will allow several more trams to join the operating fleet – including Blackpool trams Balloon 702 (currently in outside storage at Bury) and Ex-Towing car 680, which is now the last sold tram to remain at Rigby Road. Leeds 6, temporarily outstationed at Beamish Museum, should also be able to return home and this will ensure that there is plenty of excitement at Heaton Park for the forseeable future. 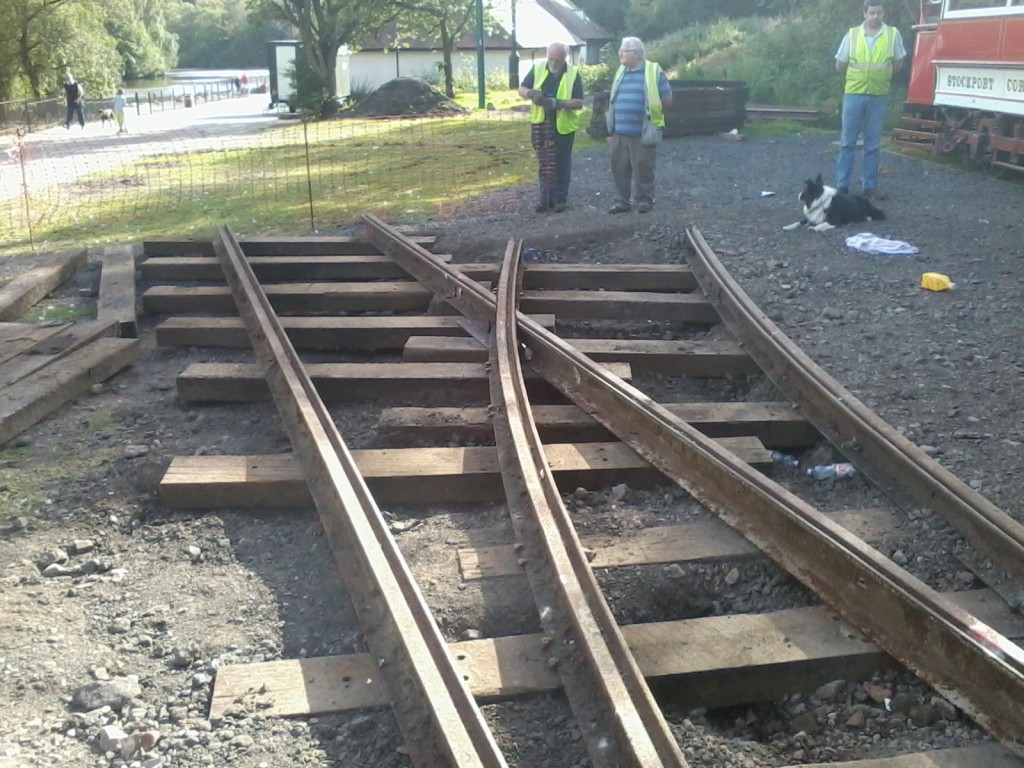 A view of the stub track, where points have been laid to allow another line to be joined on, from Tuesday 4th September. (Photo by Joe Savage) 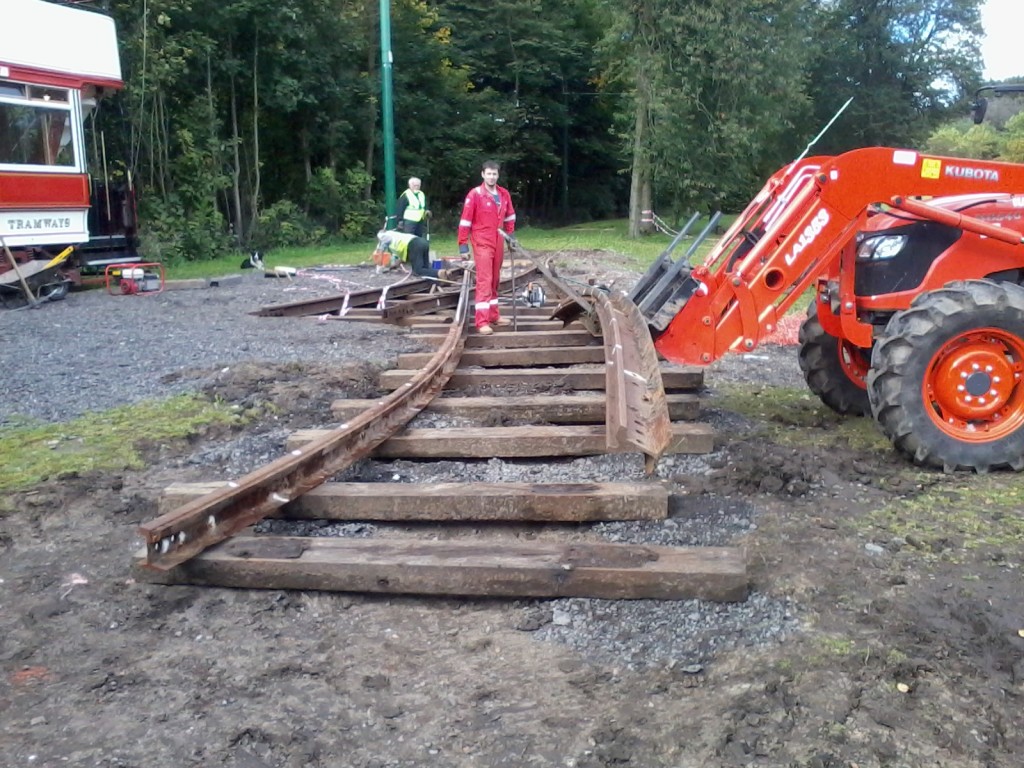 Exactly seven days later, this digger was called upon to move move track into position. (Photo by Joe Savage) 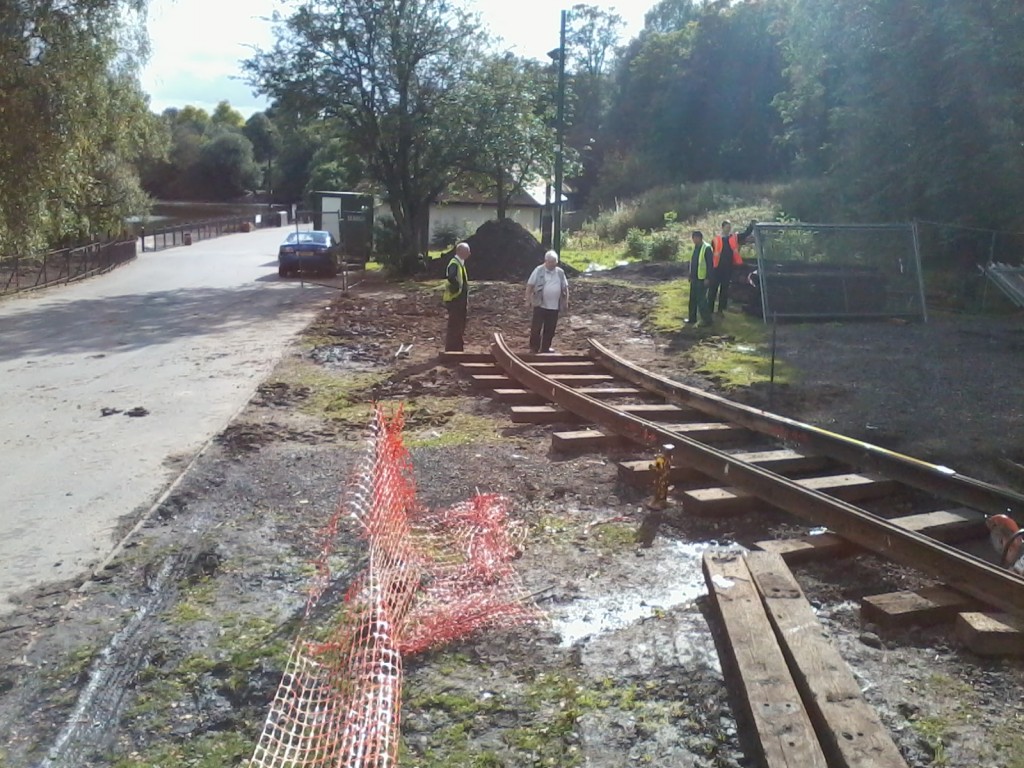 Work seen in progress on securing the newly laid track into place, also on September 11th. (Photo by Joe Savage) 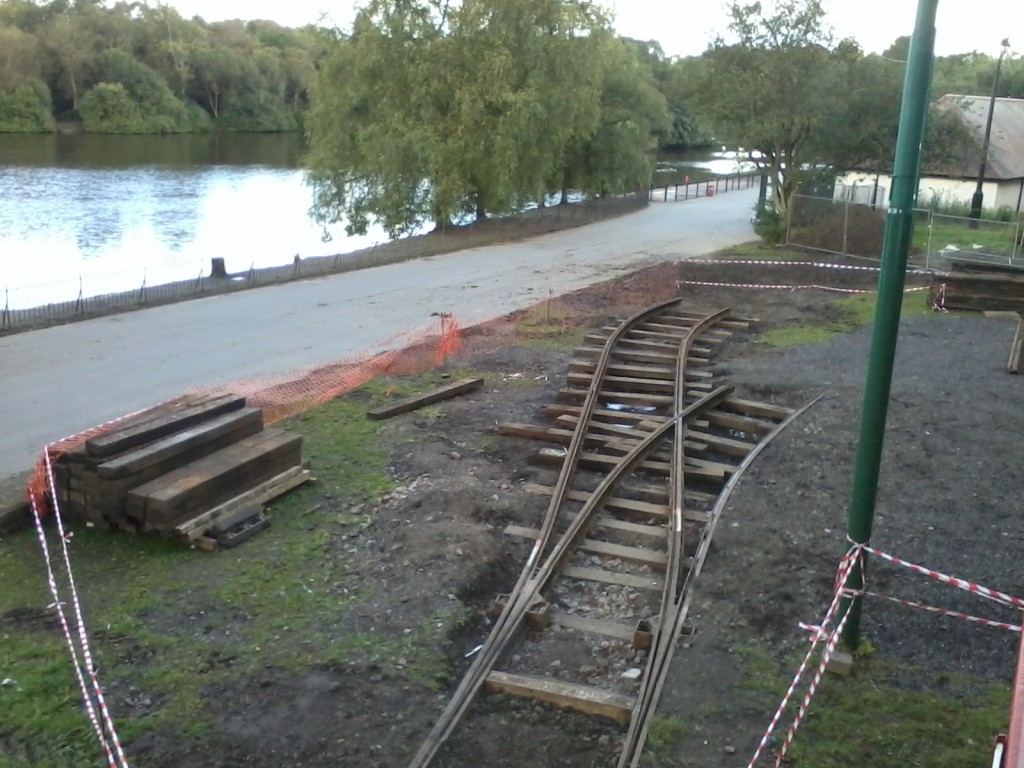 Our final scene shows the trackwork in its current state, seen from the open top deck of Stockport 5. (Photo by Joe Savage)