Posted on Thursday 30 March 2017 by Gareth Prior

Its time for another trip to the northwest coast and the Blackpool Tramway for this instalment of Picture in Time. This time around we feature Blackpool Balloon Car 721 in 2005 at which time it was carrying an all over advert for Hot Ice.

This white based all over advert was carried by 721 just for the 2005 season with fairly limited use of vinyls with much of the bodyside left plain white. There was some use of contravision across some windows – although by no means the worst example ever seen on a tram – but the design was very simple and one which quickly showed the general grime of operating on Blackpool Prom throughout the season. Following the removal of the advertising vinyls at the end of the season 721 then operated for a time in plain white.

We first find 721 in its Hot Ice livery at Cabin on 3rd September 2005 on the now removed centre track before it returns to Pleasure Beach. 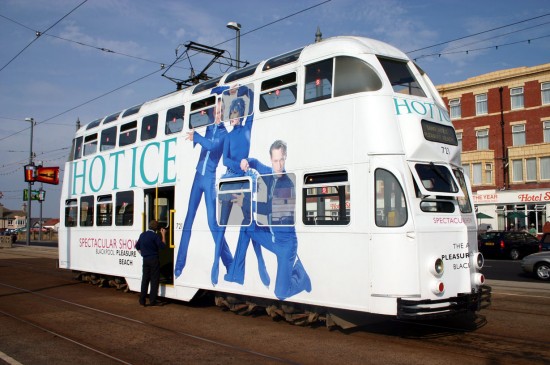 Each side featured a different design and this second image shows the other side of 721 with the tram pausing at Tower with a service for Starr Gate on 9th September 2005. This photo also shows the grime easily identified on a white tram. 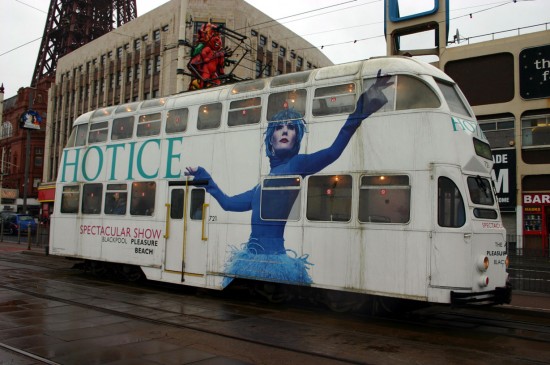