Posted on Thursday 30 March 2017 by Gareth Prior

With the Second City Crossing now firmly established as part of the Manchester Metrolink network you would think that the system would cease to surprise but on Sunday 26th March planned engineering works and the unsafe building on Drake Street, Rochdale saw unusual destinations carried on the trams.

Works on the Manchester Airport and East Didsbury lines saw trams only running between Rochdale and Deansgate-Castlefield bringing the unusual sight of trams from the city centre carrying the Deansgate-Castlefield destination. In the opposite direction the unsafe building was still seeing trams forced to terminate at Rochdale Railway Station with this another unusual destination on the electronic screens. 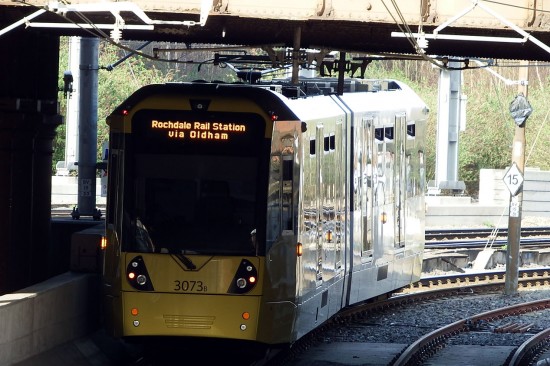 Rochdale Rail Station via Oldham is the destination shown here on the rear of 3073. 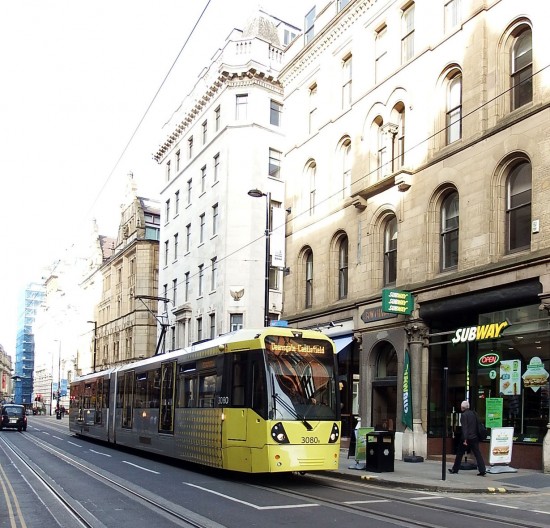 3080 is seen here on 2CC with the Deansgate-Castlefield destination shining brightly. (Both Photographs by Steve Kemp)