Saturday 5th March saw Blackpool Standard 147 make its debut in passenger service at Beamish Museum, just seven days after it last operated in Blackpool. In between the two the tram has endured a rather prolonged and eventful road journey – but in spite of this, the tram was ready to meet its adoring public at its new temporary home for their first enhanced transport weekend of 2016.

Following a brisk period of commissioning, testing and crew training, 147 took to the tracks on 5th March as part of a four-car service at the museum, this actually being the entire operational fleet at present. Joining it in service were Sunderland 16, Newcastle 114 and Oporto 196. The weather on this day was mixed to say the least with a mix of bright sunshine and heavy showers – at times both extremes were present at different parts of the museum site! With this in mind it is probably not surprising that the museum was fairly quiet, although a respectable number of tram enthusiasts did turn out to see 147.

Other than the improved tram service on offer, with two trams running in each direction around the site, there was not actually that much ‘enhanced’ transport activity apparent, with Rowley Station closed due to essential maintenance works on the footbridge and no activity on the colliery railway either. However, a model tram exhibition did add some extra interest and this was probably the best one staged so far at Beamish. Finally, Sheffield 264 was placed prominently at the front of the tram sheds where visitors could view work in progress on the final stages of its exterior repaint, including the painstaking work being carried out to recreate the Sheffield Corporation crests by hand on 264‘s rocker panels. Although not quite finished the tram certainly looks impressive and will no doubt be a real head turner when it finally does enter service, hopefully in the near future. 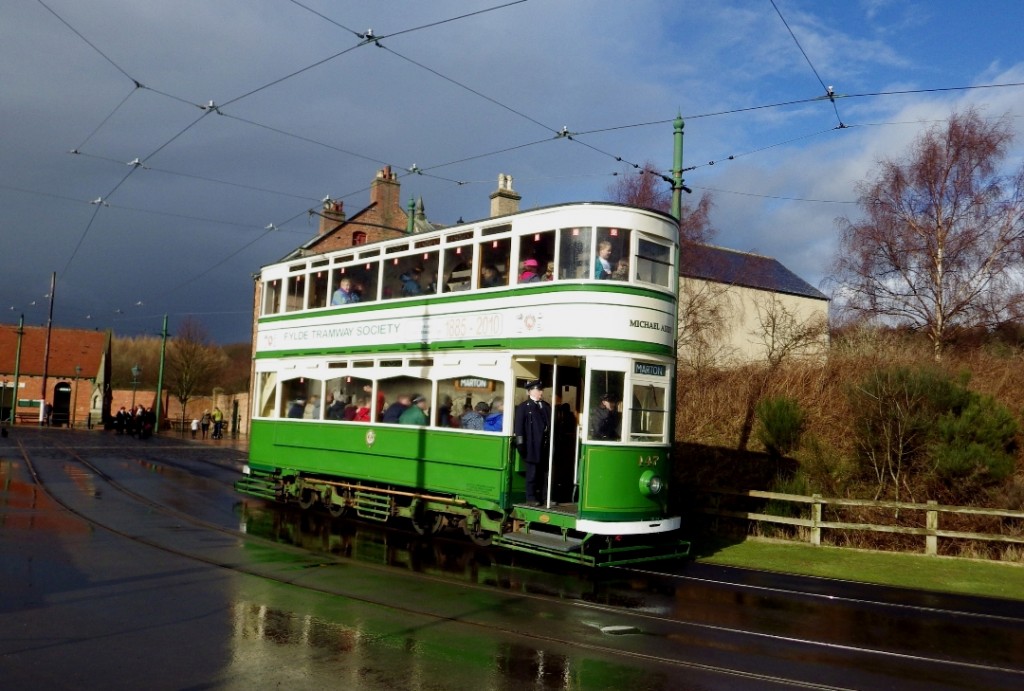 Standard 147 is seen exiting a very soggy Beamish Town on its way to Pockerley during its first day of public service at the museum. 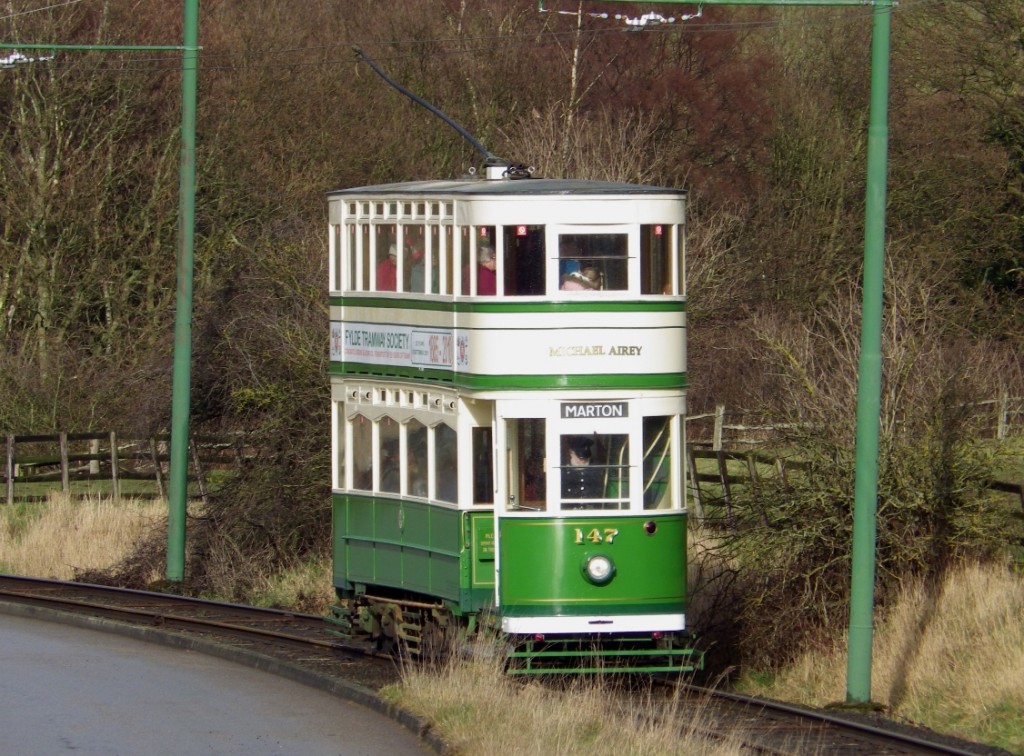 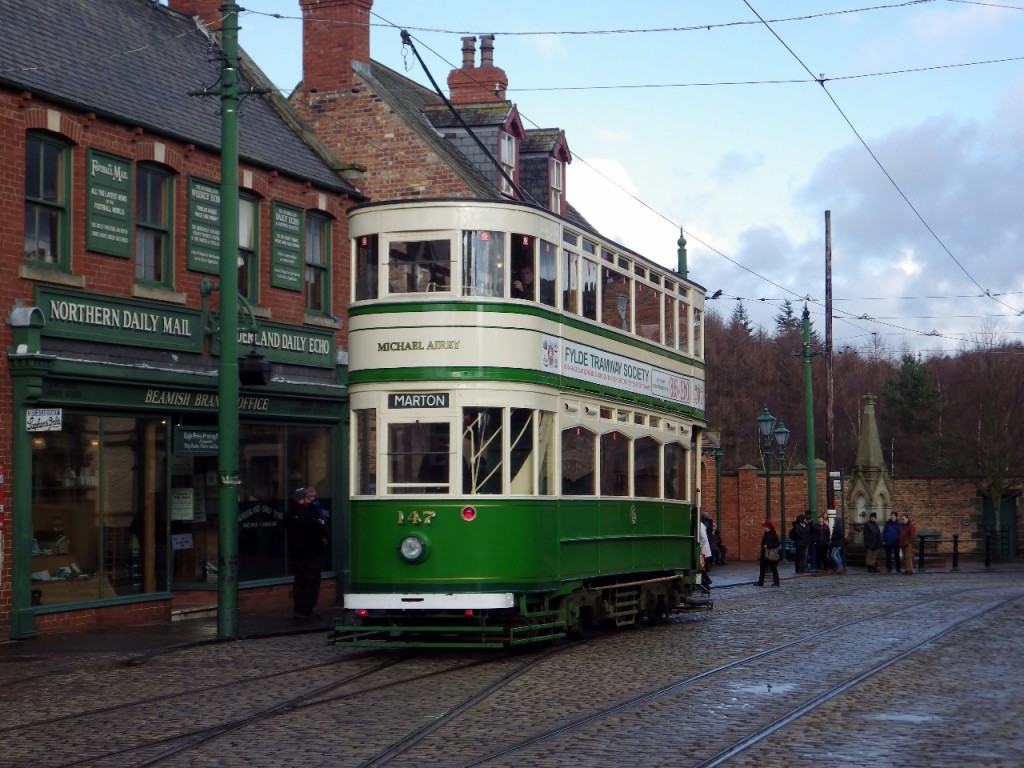 147 looking particularly at home in the period Town environment. It is nice to see this tram displaying the appropriate destination 'Marton' without the risk of it confusing holidaymakers, as is normally the case! 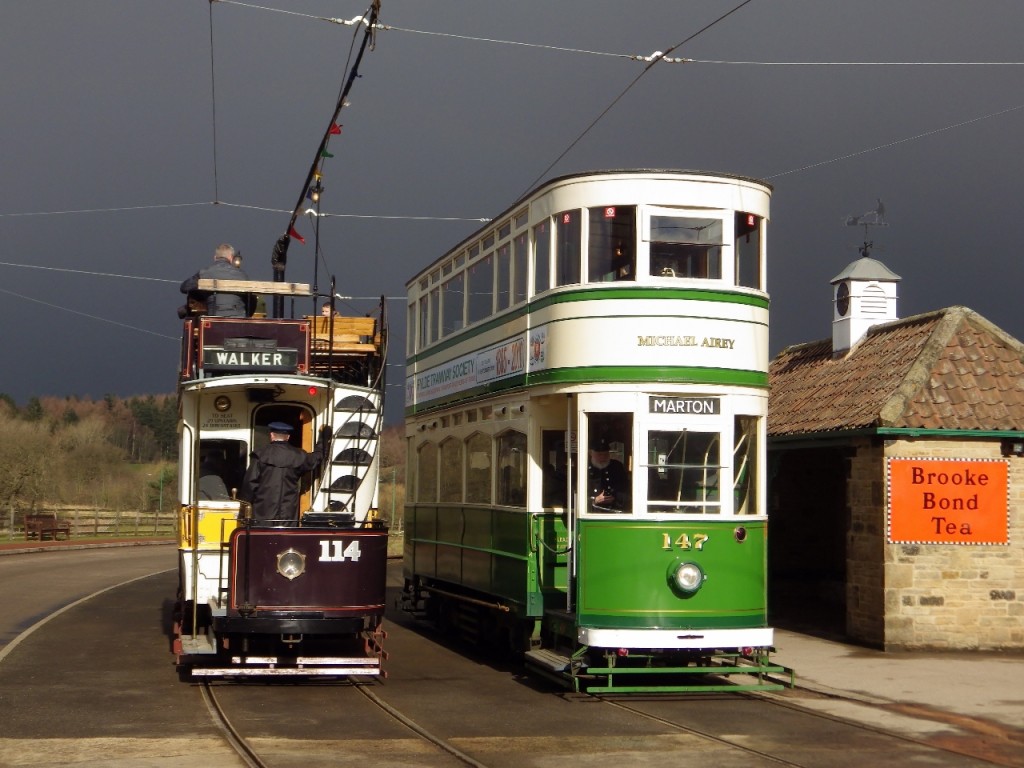 The rather strange weather conditions on 5th March are evident in this image - and no, it hasn't been touched up! 147 meets new friend Newcastle 114 at Pockerley. (All photos by Paul Derrick)

1 Response to In Pictures: Blackpool 147 enters service at Beamish