With preparations now well underway for another operating season at the Crich Tramway Village we are delighted to be able to bring you news of which trams will be forming the operational pool in 2016. 17 electric passenger trams will initially be commissioned for service with another three on the possible list depending on workshop capacity. There are no surprises in those trams which will be prepared for service although there is likely to be some disappointment at those which aren’t currently guaranteed to run during the year.

The 17 electric passenger trams due to be commissioned are:

In addition the following may return to service during the year:

Glasgow 22 (currently undergoing an overhaul in the Workshops)

Of those trams not running this year which had operated in 2015 it was well documented that Glasgow 812 and Southampton 45 would be withdrawn from service as they are both well overdue workshop attention (with 45 likely to require an extensive overhaul before it can be considered for a full return to service). However possibly the biggest surprise is the withdrawal of London Transport 1622 which reduces the number of trams from the capital to three.

Although there is bound to be disappointment about the reduction of the number of trams in the operating fleet for 2016 (and with no major returns planned a la LCC 106 and Liverpool 869 in 2015) it should still be noted that there will be at least 17 electric passenger trams available for service providing the most varied operating fleet of any heritage tramway in the British Isles. Sheffield 15 will also be prepared for service and will once again be used on the Horse Tram Days with driver and horse fit and raring to go for the six events on the schedule.

Crich will run its first services on Saturday 19th March and will then be open daily until the end of October. 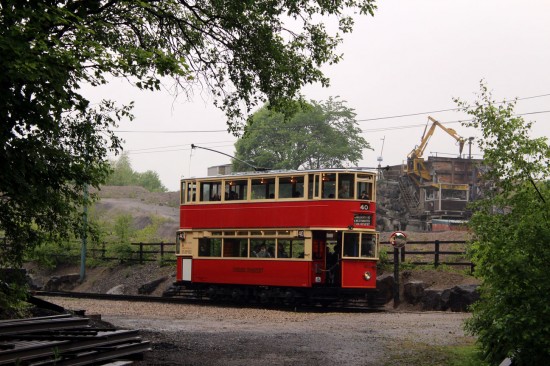 London Transport 1622 is seen at Cabin Crossing on 13th June 2015, a scene which looks set not to be repeated in 2016. (Photograph by Gareth Prior)