Both Manchester Metrolink and London Tramlink have seen their stock of trams increase again with the latter now having a full fleet in town following the return of accident damaged 2556 whilst Metrolink is now only waiting delivery of 10 further M5000s after 3110 arrived.

The first tram to arrive in the UK was Manchester Metrolink M5000 3110 which trod the well worn path across from mainland Europe to Hull and then across to Queen’s Road Depot where it arrived in its usual lunchtime slot on 23rd January. As with all other recent deliveries it was swiftly unloaded and moved into the workshops where a start was made on its commissioning. It will then undergo mileage accumulation before being cleared for service where it will join the non-ATS/VRS equipped fleet.

Just one day later London Tramlink were also welcoming a new arrival although in this case it was a return with accident damaged 2556 finally back home. You may remember that 2556 received significant damage to its roof after its pantograph was ripped off in the summer and was returned to the Stadler factory in Germany for repairs on 7th September. Now more than four months later it is back in the country and will now presumably be put through its paces before being cleared for a return to service. 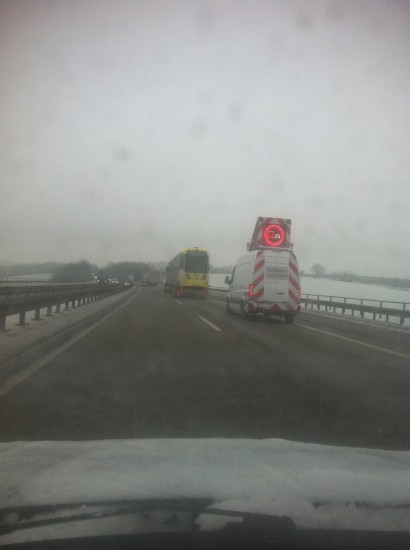 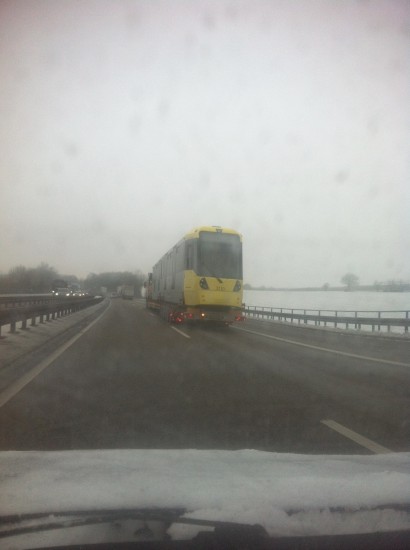 3110 makes its way along the Autobahn A6 between Schwabisch Hall and Helbronn on its way to the UK. (Both Photographs by Florian Metzele)

This entry was posted in London Tramlink, Manchester Metrolink. Bookmark the permalink.

2 Responses to Trams arrive and re-arrive