As Princess Alice ran her last planned passenger journeys before withdrawal last weekend there seems no better tram to feature in Picture in Time than the popular open topper. Since conversion back to open top status in time for the 1985 centenary 706 has had several different looks and in this installment of Picture in Time we take a look at three of them.

The story of 706 has been well documented over the years, built in 1934 as an open topper it was enclosed in 1942 and was just another member of the Balloon car fleet until 22nd July 1980. This was when it was involved in a collision at Pleasure Beach with sister 705 with both trams suffering severe damage. For 705 this was the end with scrapping following a couple of years later but eventually 706 was admitted to the workshops and was reconverted into an open topper being completed by April 1985. During Centenary year it was named Princess Alice and ever since it has been a very popular member of the fleet.

The second all over advert to be carried by Alice was this pastel design for Gala Bingo which was applied in May 1992 just a few months before this photo was taken. As with the previous advertising livery (a much brighter version for Coral Social Clubs) the choice of this tram for an all over advert was a controversial one – especially as in 1985 it had become the very first Blackpool tram to be officially named by a member of the Royal family – but at least we should be grateful it was before contravision has been thought of! In this photo – which seems to have taken from several miles away! – we see 706 heading south through Tower with an unidentified Balloon car heading in the opposite direction. 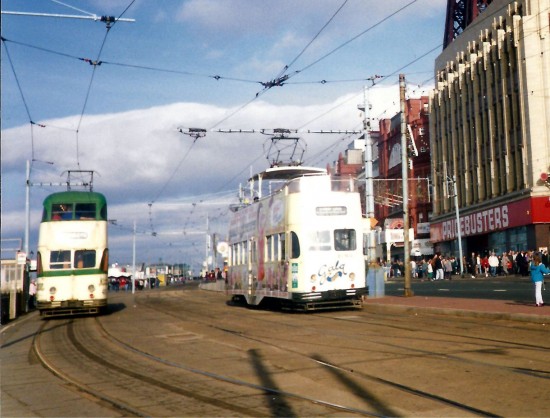 The Gala Bingo advert remained in place for two years until in June 1994 Alice was moved into the Paint Shop for a new livery to be applied. Fortunately after five years of all over adverts Alice was to be treated to a coat of green and cream. Whereas up to 1989 it has been in a version of original green and cream this time it was the standard fleet livery of the time that was applied. In this photo we see 706 heading south through Bispham on its way back to depot on 11th September 2002. 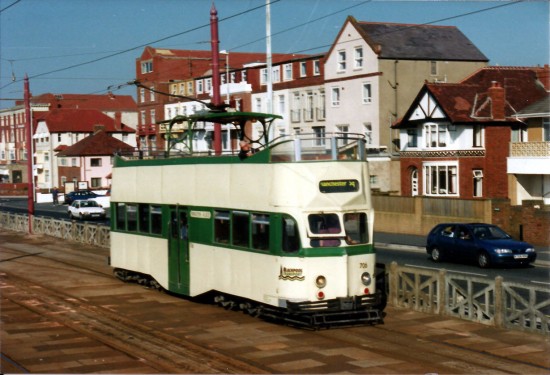 The livery that Princess Alice is probably best known for is this version of 1930s Green and Cream which was reapplied in July 2003 along with the wooden nameplates which have become the standard for naming in recent years. Alice has only ever left Blackpool once and that was in November 2010 when it was the star of an event at the Heaton Park Tramway in Manchester. In this view we see 706 heading towards the Middleton Road depot (which at the time was the only depot) with fellow loanee Blackpool Marton Box 31 in the background at the Middleton Road gates. Was this really five years ago? 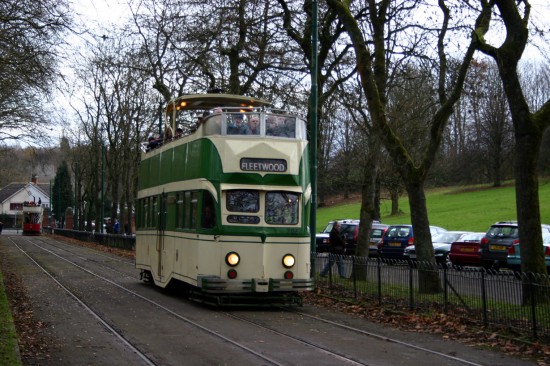