The early hours of Saturday 14th November will go down in the record books as the first time in over 62 years that a tram has run in Birmingham City Centre with 29 being taken by a Unimog along the tracks to Bull Street as the first stage in commissioning and testing ahead of the opening due on 6th December.

Although the track has now been fully connected just beyond St Paul’s the overhead has not yet been commissioned and energised and so it was not possible for a tram to undertake a powered run at this time. Even before the tram was allowed to move onto the new line it was necessary for the Unimog to make a run on its own and once this was successfully completed it returned to St Paul’s to collect Urbos 3 29.

The pair then made their way across the new junction and onto the extension at slow speed with an orange army of Metro staff keeping a close eye at all stages. The Unimog and 29 finally arrived on the streets of Birmingham at 0310 and then continued to make their way to Bull Street which was arrived at 0315 with cheers from the assembled crowds – the first tram on Birmingham’s streets since the original Birmingham Corporation Tramways closed in 1953.

With this first gauging run considered a success further test runs will follow over the next few weeks, with the overhead expected to be energised shortly, ahead of the opening of the line on Sunday 6th December. Although exact details of when the next tram will move onto the extension are not known what is known is that on Thursday 19th November one of the Urbos 3 fleet will make its way to Bull Street where it is due to be named by the Queen and Prince Phillip becoming the first of the new trams to receive a name. 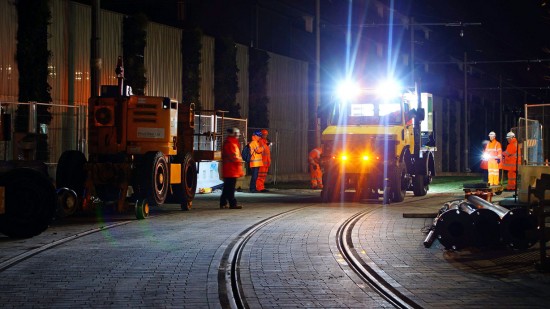 The Unimog led the way to make sure all was OK. 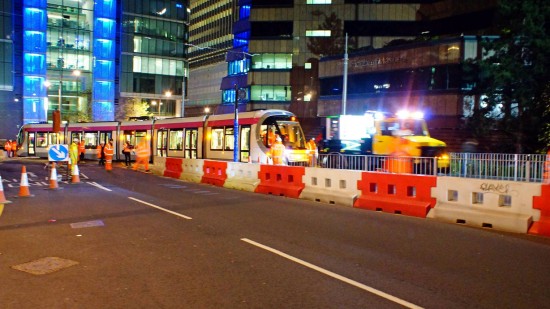 29 is gently hauled onto the streets of Birmingham City Centre. 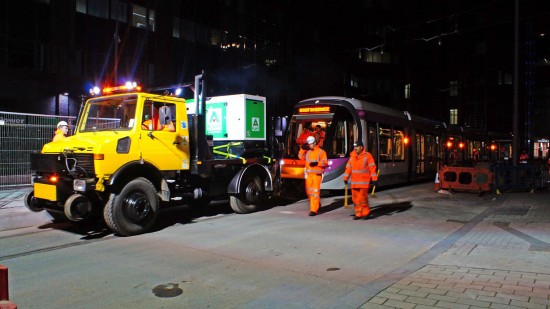 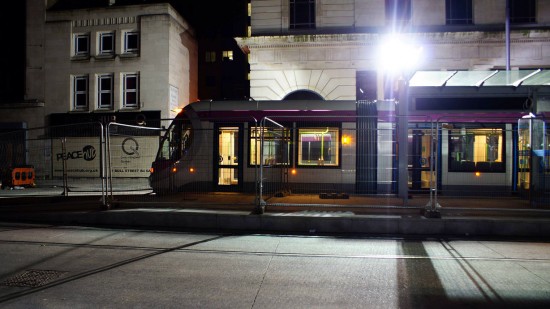 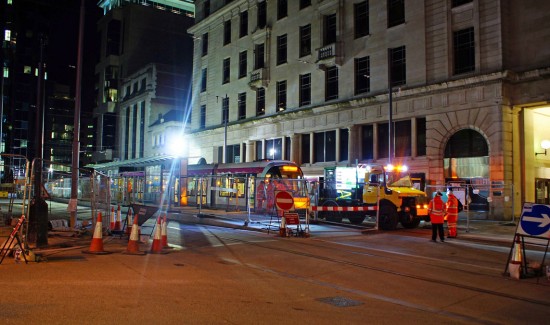 The Unimog and 29 at Bull Street. (All Photographs by Andy Walters)

6 Responses to In Pictures: First tram runs in Birmingham City Centre for 62 years!