A ticket to drive Newcastle 114

The final weekend of enhanced transport activity at Beamish Museum during 2015 is set to take place on Saturday 7th & Sunday 8th November, with focus on some of the passenger-carrying vehicles in the resident fleet. The star attraction will be tramcar Newcastle 114 which is celebrating its 114th birthday, and to celebrate this members of the public will be able to actually drive the tram!

Although tram driving experiences at Beamish are offered at a premium price, it is extremely rare to allow the public to drive a tram for a more modest fare, and the use of 114 for this role is also most unusual. On both days, the tram will operate between the Town and Pockerley on a mini ‘Have a Go’ driver experience lasting around twenty minutes, priced at a very reasonable £11.40 (there’s a bit of a pattern emerging here!). As demand is expected to be very high for this amazing experience which may well never be repeated, places will be strictly limited and tickets will be available from the museum entrance on the day, on a first come first served basis. Sessions will be reserved at allocated time slots, with the first at 1030 and the final one at 1530. After this the car is scheduled to operate a single round trip in passenger service departing from the Town at 1600 provided no major delays occur.

To allow this event to run smoothly, a curtailed tram service will operate for most of the weekend with just one tram due to run from Pockerley to Town (via the main entrance and Foulbridge tram stops), then reversing and returning. Weather permitting this should be Blackpool 31 which, coincidentally, also turned 114 this year, although in the event of poor weather Sunderland 16 will be available as a substitute. It is also planned to have one of the museum’s most recent acquisitions, a stunning Rotherham double-deck bus, making its debut in service over the weekend with the restored Northern ‘SOS’ bus also expected to make a rare appearance carrying passengers. Finally, there should be a display of vehicles from the North East outside the tram depot featuring trams, buses and the resident Newcastle trolleybus – so hopefully something for everyone!

However, that won’t be the end of the excitement at Beamish this year as the museum has announced that it will be opening daily for the remainder of the year, excluding Christmas Day. With the ever-popular Christmas events due to start on Saturday 14th November, and then running every weekend and on a few other dates right up until the big day itself, there will be no rest for this progressive museum and this should ensure that another successful year ends in suitable fashion. 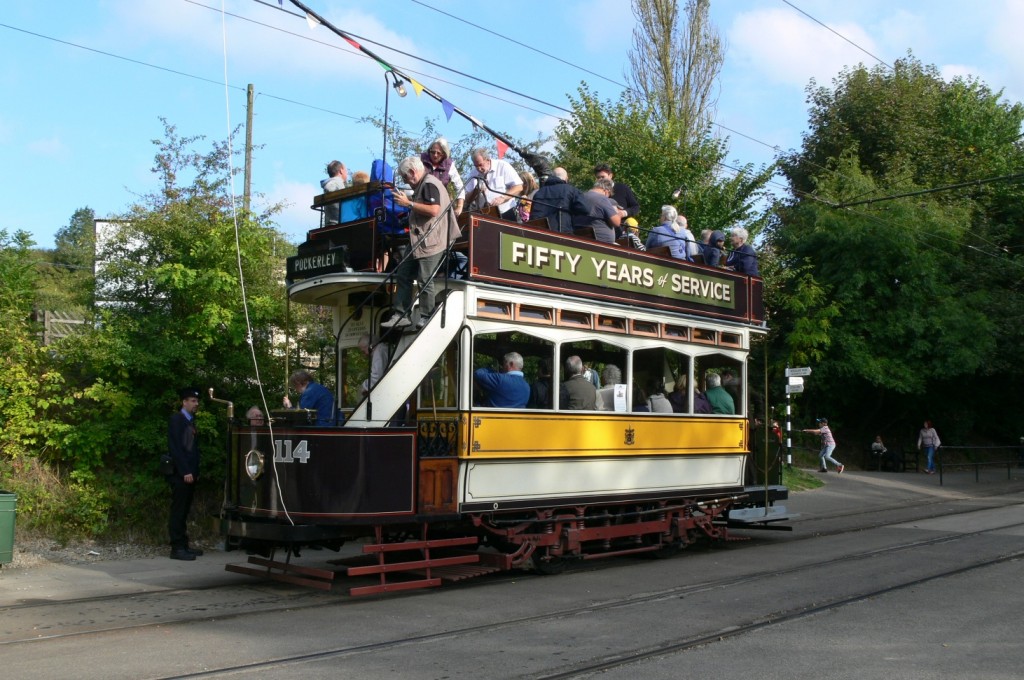 One of the most unusual events in Newcastle 114's recent past was its brief visit to Crich Tramway Village last year, and that is where the tram is pictured here, as passengers disembark at the entrance tram stop. (Photo by Andrew Waddington)

1 Response to A ticket to drive Newcastle 114