Posted on Sunday 1 November 2015 by Gareth Prior

As expected the early hours of Sunday 1st November saw the first tram movements on Manchester Metrolink’s Second City Crossing between Victoria and Exchange Square. M5000s 3083 and 3090 were chosen to perform the initial gauging run operating a successful return trip before heading back to depot. Further gauging and test runs will continue over the next few weeks before services start before Christmas. Photos courtesy of Steve Hyde. 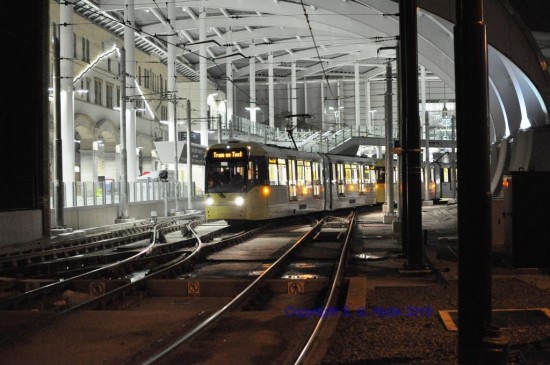 3083 and 3090 pass over the junctions at Victoria onto the 2CC route - the first trams to make the move. 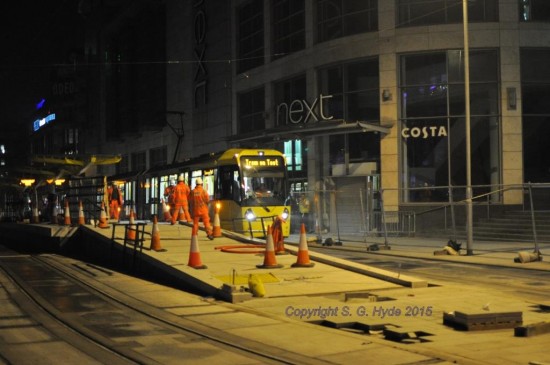 The trams on arrival at Exchange Square. 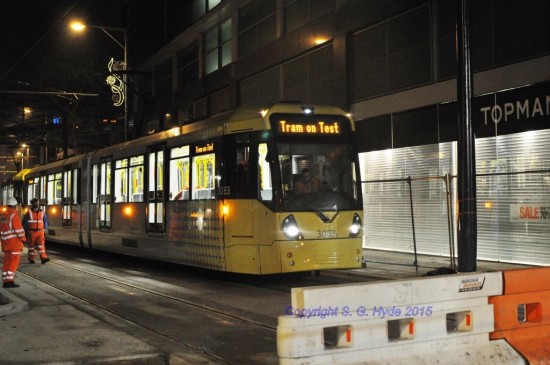 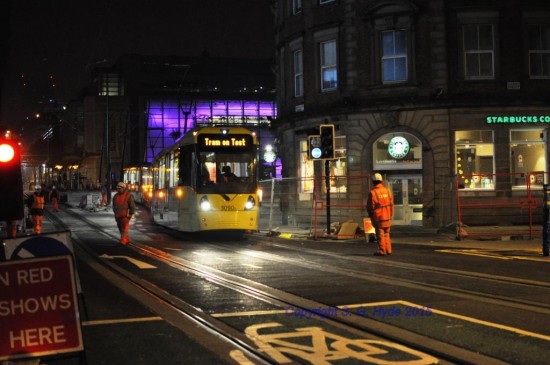 The double unit on its return trip leaving Exchange Square and crossing Withy Grove onto Corporation Street. (All Photographs by Steve Hyde)

* A gallery of further images from the start of testing on the Second City Crossing will follow on British Trams Online in the next few weeks.

7 Responses to In Pictures: Testing starts on Second City Crossing