On Thursday 23rd July Blackpool Jubilee Car 762 was one of the chosen three trams in service at the Crich Tramway Village although its use wasn’t only a random one as the chance was also taken to use it for driver familarisation which it is hoped will mean that it will see increased use during the school summer holidays.

As a unique tram in the operational fleet at Crich it is necessary for any drivers to undergo familarisation on 762 before they can be cleared to drive it in regular service and only a small number of drivers are currently passed on the tram. As well as being a popular tram with visiting children as a result of the all over advert it carries for Nickelodeon Land it also enables Crich to showcase driver only operation although on most occasions it is planned that it will run with a conductor – a common operating practice in Blackpool anyway.

762 was joined in service on this day by Chesterfield 7 and fellow Blackpool car Toastrack 166 and it is pleasing to report that recent weeks have seen the three tram service in operation on most days and during the weekend of the Great War Home Front event five trams were in action on both days. 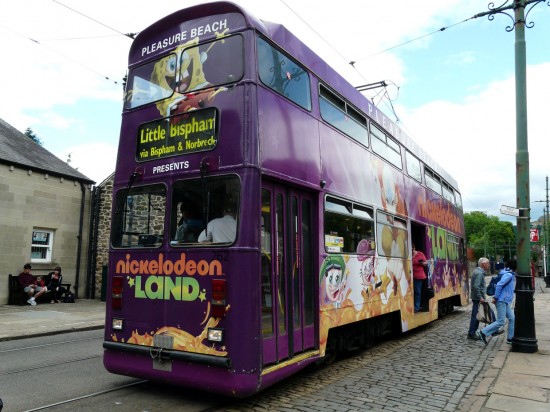 762 waits at Stephenson Place to be called forward to the loading stop. 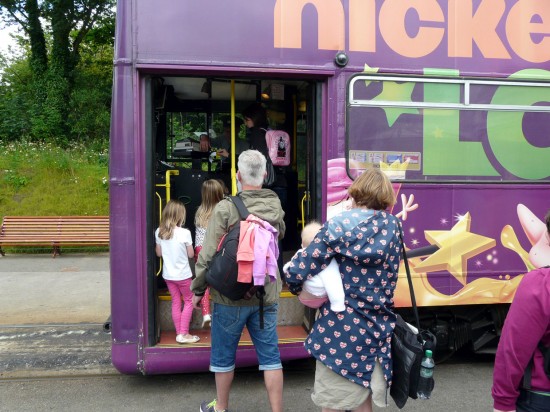 The driver of 762 demonstrates one man operation. 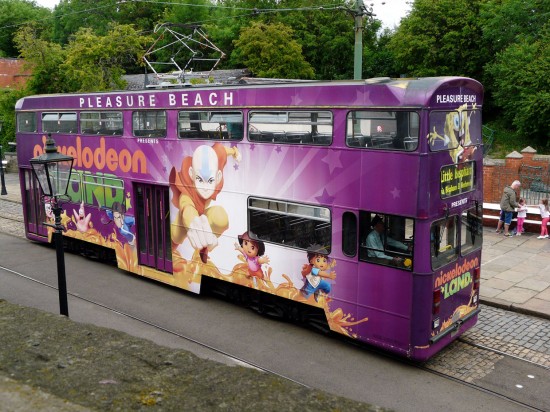 A view from above as 762 again heads towards the Town End terminus. (All Photographs courtesy of Crich Tramway Village)