After 18 long months trams are back on track at the Black Country Living Museum following the completion of the first phase of track replacement works. Trams are now running daily on a half route between the tram depot and the mine with full services expected to resume in September after the final stage of track works are finished.

Trams had last run on the line in December 2013 at which time the plug was pulled due to the condition of the infrastructure with no date set for a return as funding had to be obtained for repairs to be undertaken. As well as work on the track the chance has also been taken to give some much needed love and attention to the two operating tramcars at the Museum. Tividale car 34 has had extensive attention to its roof and body whilst Wolverhampton 49 has had new brakes fitted. Both trams have also received electrical and mechanical safety checks ahead of their return to service.

Dr John Beckerson, Senior Curator at the Black Country Living Museum, commented: “It’s fantastic to have the trams as part of the Museum’s landscape once again. Our staff have undergone comprehensive training to operate the trams so visitors can once again travel across our Museum in a real piece of Black Country history.”

Meanwhile in Wales at the Llangollen Railway work continues on Dudley and Stourbridge 5 where it is undergoing a major overhaul. A further £3,500 is required to complete the work and you can make a donation by visiting http://www.bclm.co.uk/support/help-us-get-tram-5-back-on-track/272.htm. 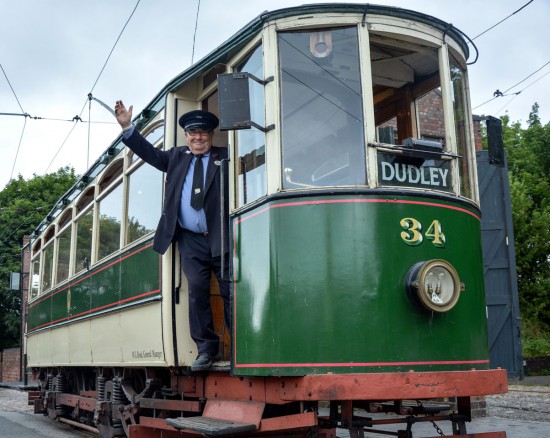 3 Responses to Black Country Living Museum back on track!