It’s Thursday evening and so we all know what that means don’t we? Yes that’s right it’s our regular round-up of when and where you can enjoy a ride on a traditional tram within the British Isles. Highlight of the next week or so looks set to be on the Isle of Man where the annual Manx Heritage Transport Festival takes place between 29th July and 2nd July with the MER featuring heavily during the event. But that isn’t all that is on offer this week as with the School holidays in full swing Blackpool starts daily operation until the start of September (unbroken service commences Saturday 25th July) and the Birkenhead Heritage Tramway and East Anglia Transport Museum are also operating on more days for the next few weeks. 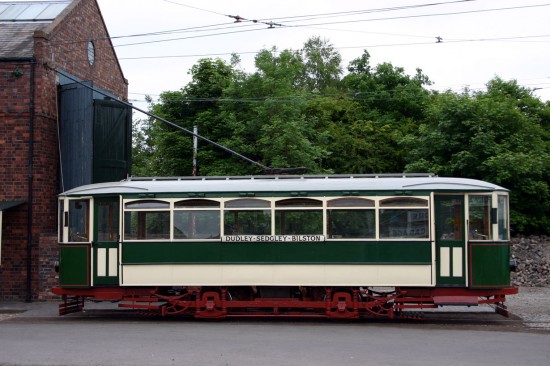 No sooner do we say we have included a photo of all tramways on this page over the course of this year then we add another line to the feature! With the Black Country Living Museum tramway now back in part operation we show Wolverhampton & District 34 standing outside the tram depot on 3rd June 2009. (Photograph by Gareth Prior)