It has been a while since we provided an update on the restoration of the last surviving Lytham St Annes tramcar, so to rectify that here is some news on how the project has been progressing – although really it is the accompanying pictures that best illustrate the incredible progress that has been made so far this year.

For anyone not already aware, Lytham 43 is being restored by its private owner and once the lower saloon is complete, it is expected to be transferred to Blackpool where it will ultimately be finished as an open balcony double deck car in fully operational condition, as a valuable addition to the town’s heritage tram fleet. The first stage has been to put together the surviving parts and to reassemble the bottom deck, and this is already at an advanced stage. The accompanying images show the ornate interior with its shining woodwork, as well as some of the builders’ transfers which have been restored in their rightful prominent position, as well as a completed bulkhead painted in undercoat. 43‘s owner has achieved a remarkable amount in a very short space of time and it is incredible to think that something which started out with one passionate individual will one day culminate with a fully restored double deck tramcar running along Blackpool’s promenade for the first time since the 1930s!

Although fitting out the saloon is some way off – for a start there is no floor as yet! – Robert Mortimer, who is responsible for the tram, is keen to hear from anyone who may know the whereabouts of any genuine ex-Lytham tram seats. Even if these are not available for use in the tram, these could prove invaluable as tools to enable such items to be replicated and as such we are appealing for any readers who are aware of any such seats to get in touch. Likewise, Robert is also keen to find out more about a display in Lytham around ten years ago about the town’s tramway heritage. He believes that this incorporated a complete balcony from a Lytham tram, and is keen to find out where this is now, assuming of course that it still exists. It would be particularly wonderful if this came from one of the 41-50 series cars as it could then assist with the Lytham 43 restoration project, but would be of considerable interest anyway.

Anyone with any information on either matter is urged to either contact us and we will pass on your message to Mr Mortimer, or alternatively you can post on the new official Facebook page chartering 43‘s reconstruction: https://www.facebook.com/groups/Lytham43/ 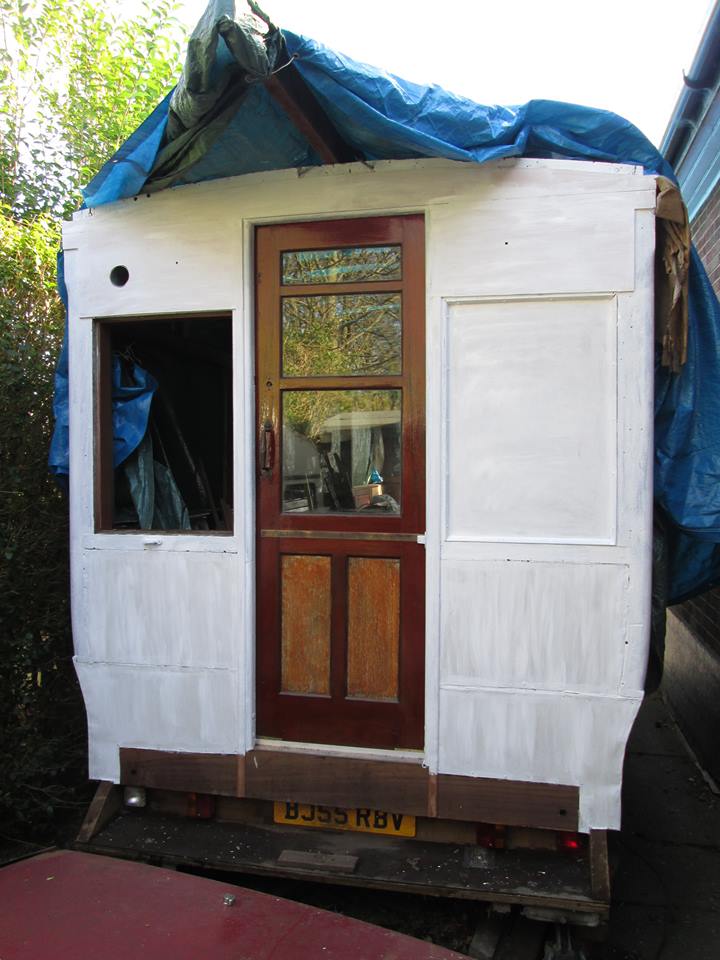 Although the space around Lytham 43 is rather cramped, making photography difficult, this bulkhead view does give a good impression of how well the tram's reconstruction is coming along. 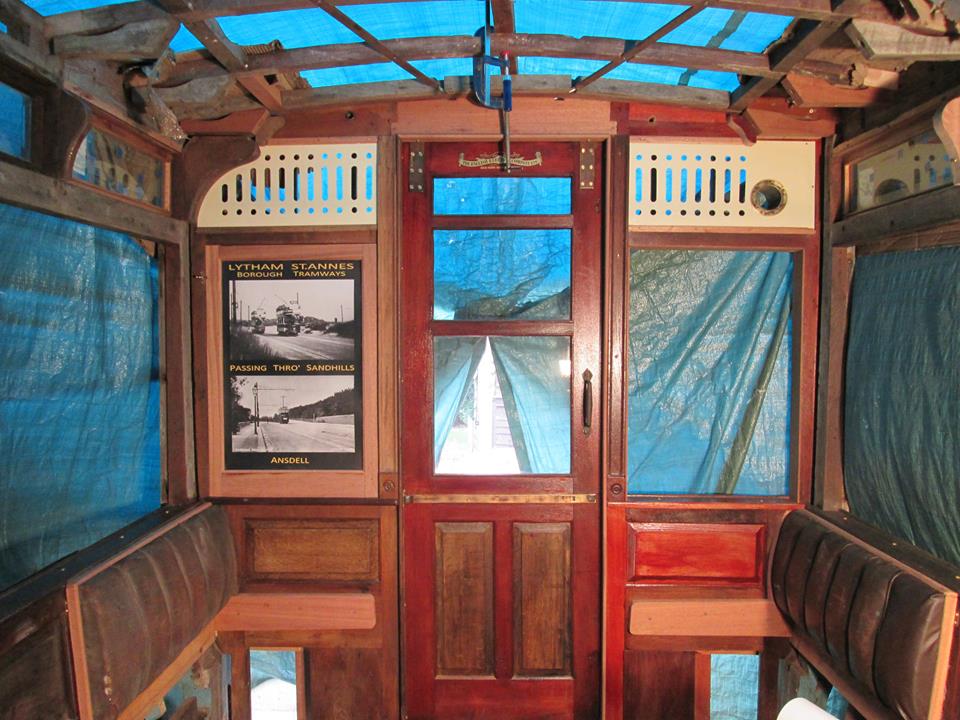 The beautiful interior of Lytham 43 is already being painstakingly recreated as this recent image shows. Note the transfers above the doors. (Photos x 2 by Robert Mortimer)

This entry was posted in Lytham 43. Bookmark the permalink.