Manchester Metrolink has seen its latest arrival with 3096 being delivered to Queens Road Depot on Saturday 14th March. The tram is now undergoing commissioning work and mileage accumulation before it can join its sister M5000s in service which isn’t likely to be too long.

The previous delivery – 3095 – has now entered service with the vehicle being used for the first time on Thursday 19th March. The tram was used on the Airport line – as all recent vehicles have been for their first duty – and has joined the non ATS/VRS fitted fleet based at Trafford Depot. 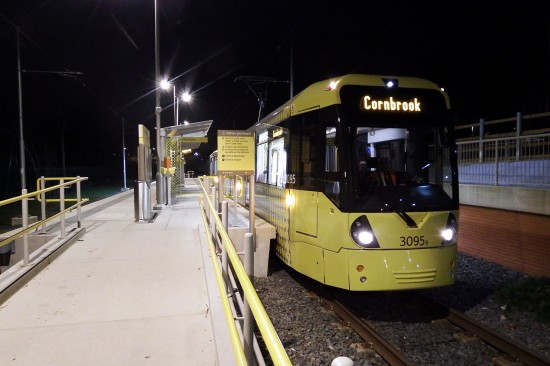