In Pictures: Urbos 3 21 returns to service

Midland Metro can now call upon 11 Urbos 3 trams following the return to service of 21 on Wednesday 18th March. 21 had been missing in action since September when it suffered internal damage with the main partition between the cab and passenger compartment broken. This has now been repaired and the tram has returned to the serviceable ranks. Trams 18–27 and 31 are now all available for service with 32 having been used on extensive testing recently. 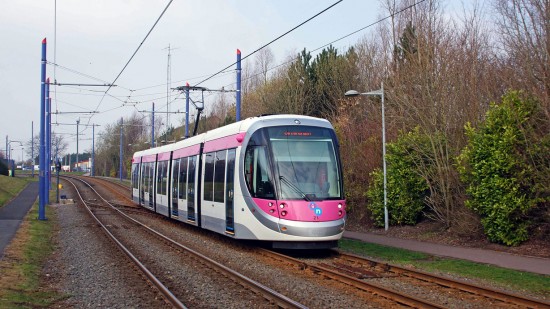 21 approaches Priestfield on 18th March having returned to service for the first since September last year. (Photo by Andy Walters)

1 Response to In Pictures: Urbos 3 21 returns to service