Riding and dining in Blackpool

Blackpool Transport’s latest venture from its highly succesful Heritage Tram Tours commenced operation on Wednesday 18th March, when the first ever ‘Ride & Dine Wednesday’ event took place, featuring restored Balloon car 717. This also marked the beginning of the 2015 season as far as the heritage trams are concerned – a noticeably earlier start than has been the case for some years, even before the tramway upgrade.

The tour started from Starr Gate, with 717 being stabled on the turning circle before passengers were allowed to board from a special temporary loading stop. The tram then headed to North Pier to collect further passengers, before continuing north to Little Bispham. After a non-stop run through to Pleasure Beach, the car headed back to North Pier, from where passengers were escorted to the partner restaurants in the town centre who are partaking in this new business venture. Its part in the inaugural tour now over, 717 then reversed and ran back to Rigby Road depot, with its passengers able to return home using a normal service tram or bus as part of the ticket deal. To raise additional funds, the tram tour was also opened up to anyone wanting just to ride on the Balloon car without the meal option for a modest £5 fare, and this gave some more people the chance to enjoy the novelty of a double-deck tram ride in March.

Although only a modest number of people took part in this event, it was considered to be a success with some excellent feedback from customers received, and will now be repeated each month for most of the year. The use of volunteer tram crews will also ensure that these tours will be profitable, and hopefully the level of interest will grow as word spreads, and also as Blackpool becomes busier. Starting a new concept like this before Easter was quite a bold move, but one which shows us just how keen Blackpool Transport and the Blackpool Heritage Trust are to showcase its heritage trams to the masses as often as possible. The next ‘Ride & Dine’ event will be held on 15th April and places can be booked now by contacting Jean Cox at Blackpool Transport on 01253 473036 during normal office opening hours, or by emailing heritage.trams@blackpooltransport.com 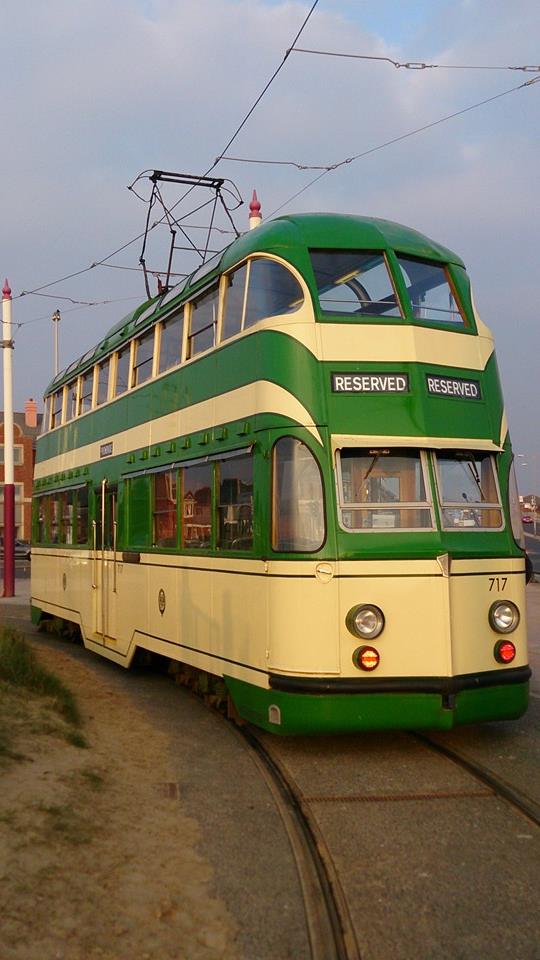 A delightful scene with Balloon 717 soaking up the early evening sun at Starr Gate as it awaits its passengers for Blackpool Transport's first 'Ride & Dine Wednesday' on 18th March 2015. 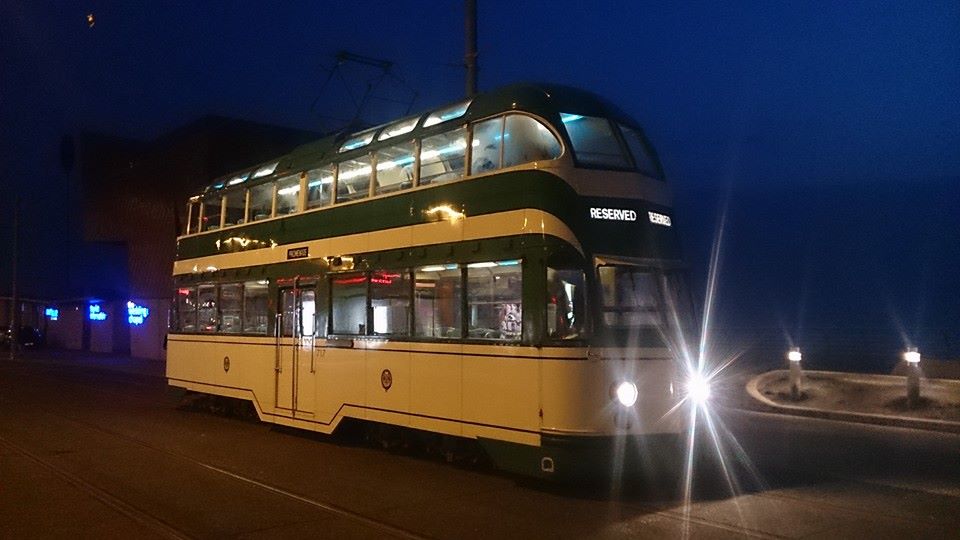 A little later, and having a vintage tram in service before the start of British summer time gave the chance for some after dark photography with 717 shown here standing at North Pier. (Photos x 2 by Lee Andrews)