As previously reported on Thursday 16th October the second Nottingham Express Transit Citadis was named with 217 receiving the name Carl Froch. The ceremony took place at The Forest before the tram ran to Royal Centre with a special party including competition winners. Carl and the special party then moved into the Royal Concert Hall where the honour of Freeman of the City was bestowed upon him. 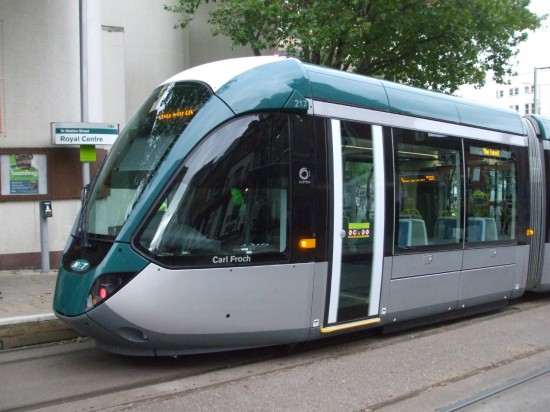 The new name sticker on 217 at Royal Centre with the tram having arrived with the official party. Note the destination of The Forest on the tram. (Photos: Bob Gell)