The removal of Pleasure Beach advertising from Blackpool’s Flexity2 trams is continuing to make rapid progress, with two more trams appearing at the end of last week with new adverts in place of those for the theme park which they had carried for the last two years. The trams affected are 014 and 015, and unfortunately both now sport in-house advertising in the absence of any new commercial contracts.

014 has recently shed its adverts for the Pleasure Beach itself, featuring images of the famous ‘Big One’ rollercoaster on both sides, in favour of bright red posters advertising the chance to advertise on a Blackpool tram! This also seems to highlight the apparent shortage of new sponsors coming forward to take the place of the disapearing Pleasure Beach branding once carried by several of the fleet.

Meanwhile, 015 has also lost its advertising for the Nickelodeon Land attraction and these have been replaced by a new black design promoting Blackpool Transport’s own range of ‘1tickets’. This is effectively today’s equivalent of the old Travelcards, and the new advert is appropriate in co-inciding with the re-launch of Balloon 701 whose red and white livery was originally used as a background for tasteful Travelcard advert banners. Both of the Flexity trams carry these new slogans on the central side panels and on the roof sides, with no intrustive window vinyls employed.

This leaves very few traces of branding on the trams for the Pleasure Beach and its associated attractions, although 013 continues to promote the Ripley’s ‘Believe it or Not’ centre on the promenade and 005 retains its adverts for the Big Blue Hotel – albeit only on one side – although for how much longer these remain in situ remains to be seen. 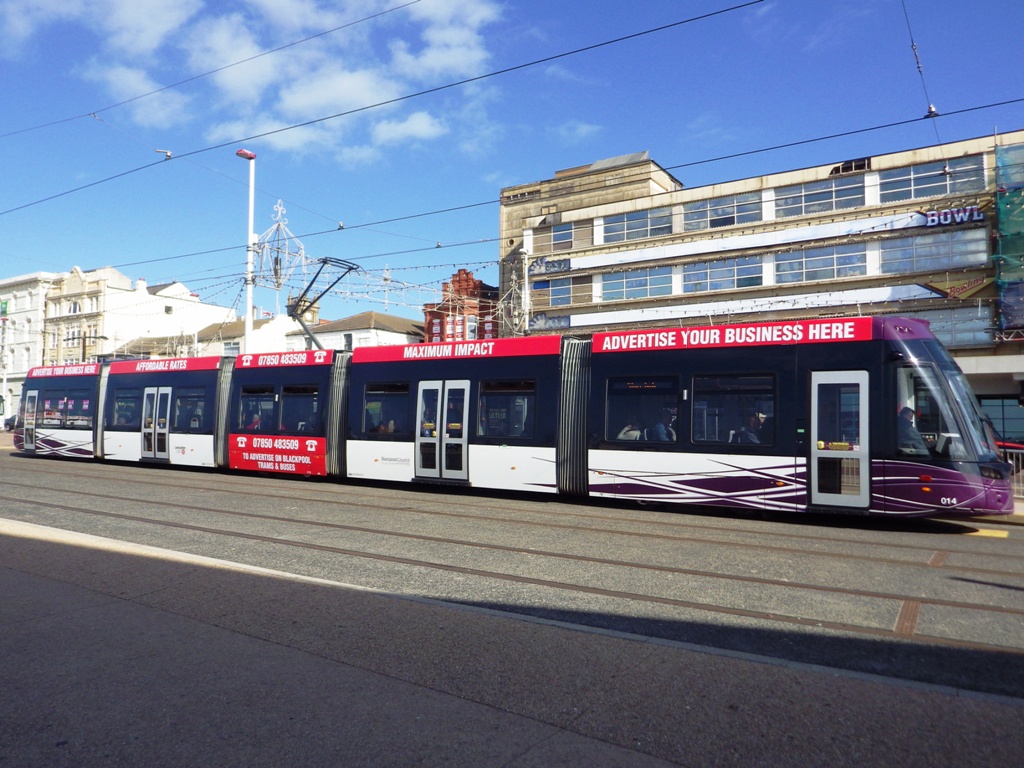 If you've ever wanted to advertise on a Blackpool tram, a read of the side panels of Flexity 014 should tell you all that you need to know! The tram shows off its striking new slogans at North Pier in this sunny shot. 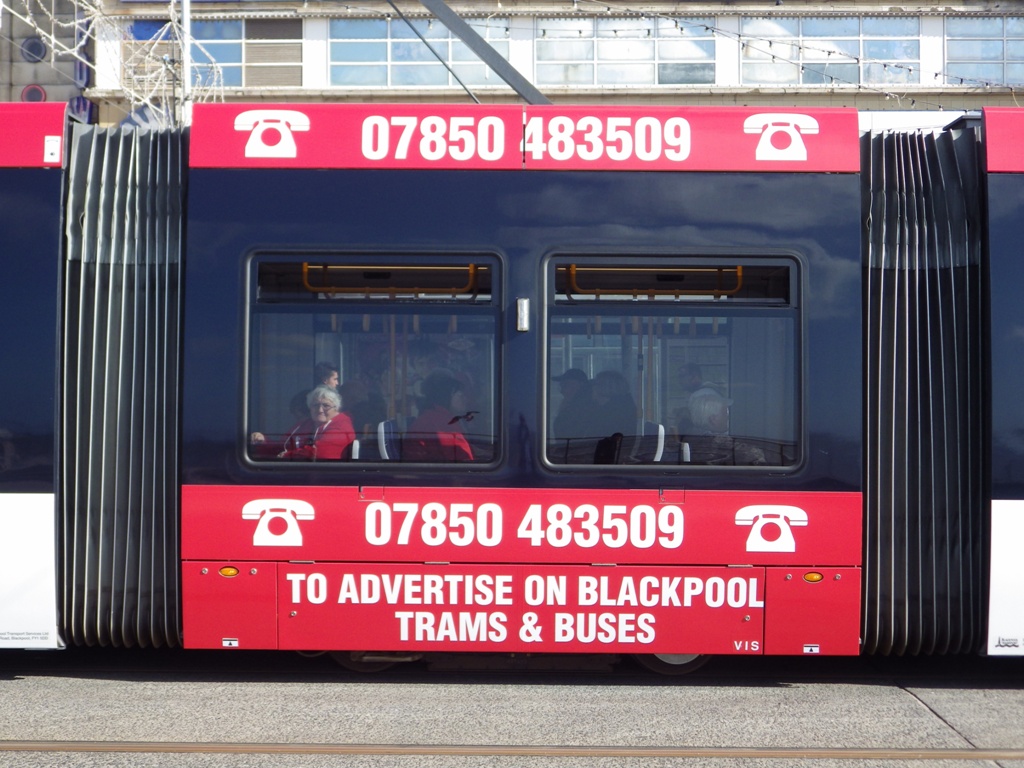 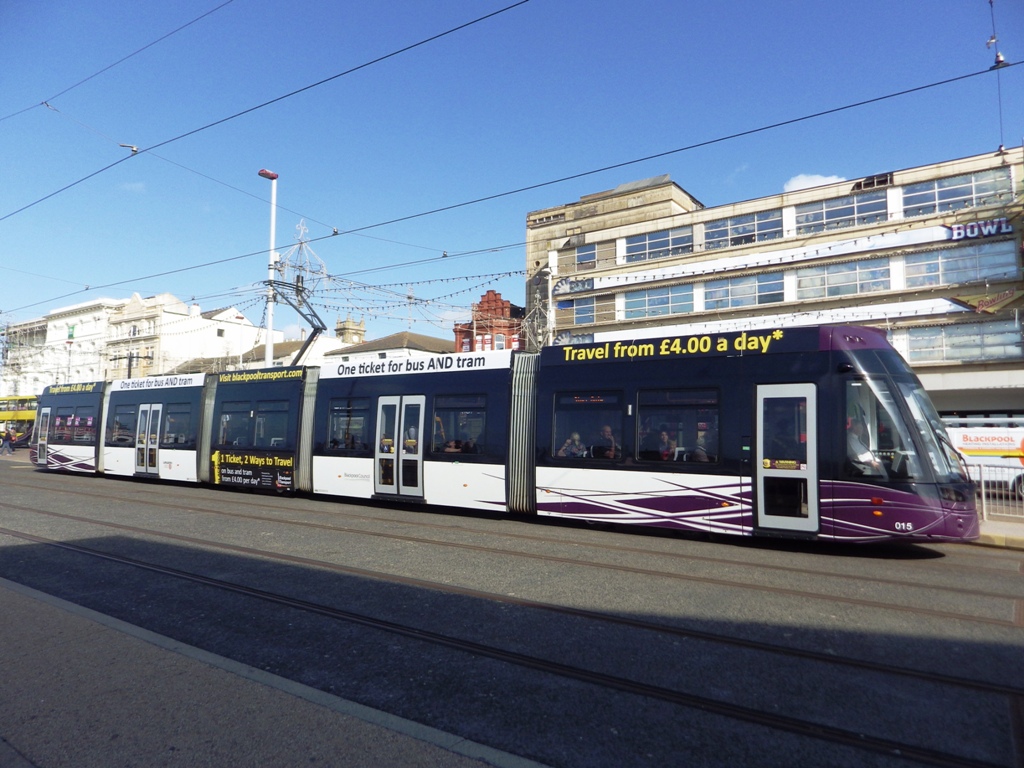 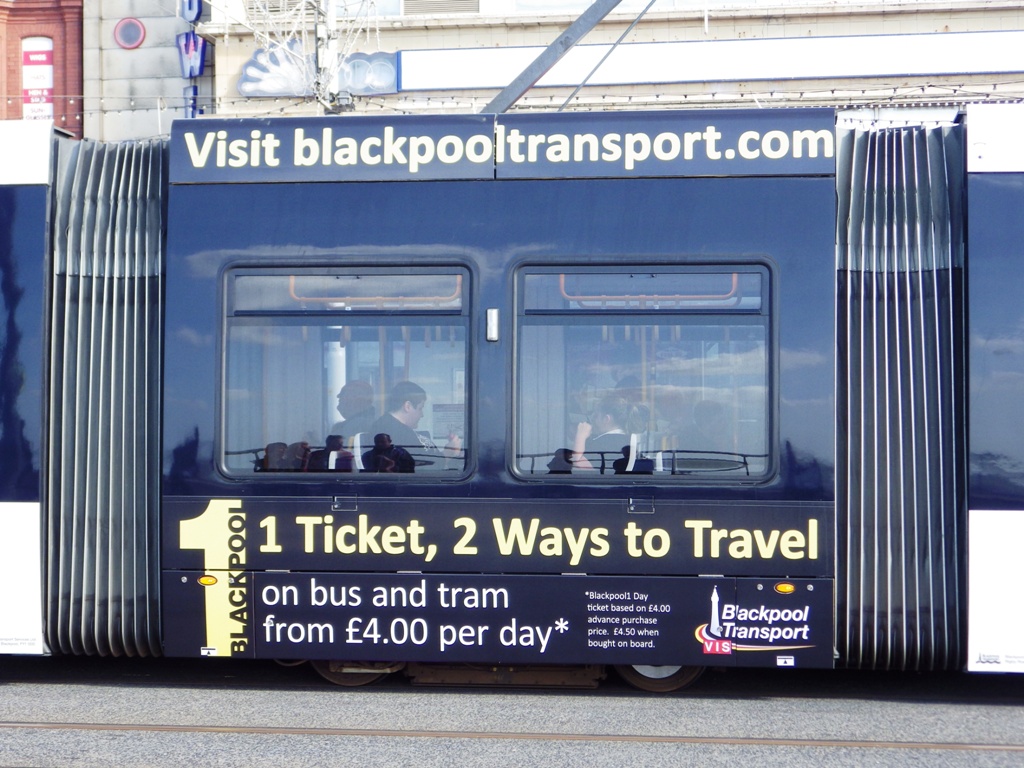 A close look at the centre adverts extolling the virtues of buying a day ticket to ride on Blackpool Transport's trams and buses. (All photos by Paul Derrick)