Work is now underway on the Wimbledon branch of London Tramlink to allow a further section of double track to be installed and also to change the layout at Wimbledon itself so that two trams can be there at the same time. The work at Wimbledon has seen the track from the platform beyond the buffers removed whilst land is being cleared at Beddington Lane in preparation for double tracking. Photos courtesy of Ian Buck. 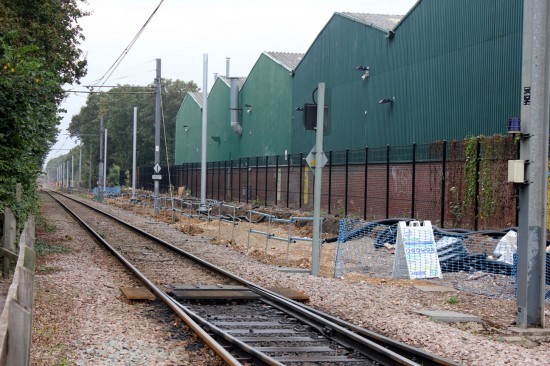 This is Beddington Lane where work is underway to clear space for double tracking. In the foreground we see the points where the line switches from single to double track. 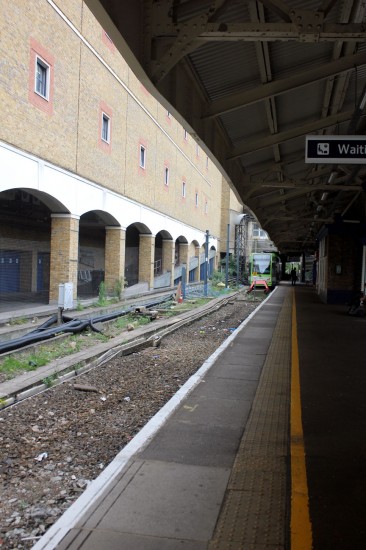 At Wimbledon the railway track in the platform beyond the buffers has now been removed as seen here with a tram standing at the current limits of the tramway. (Both Photos: Ian Buck)