The build-up to the opening of the latest instalment of the expansion of Manchester Metrolink is continuing with the start of daytime test running and driver training on the Airport extension. Testing commenced on Monday 15th September and Steve Hyde was there to capture a few images which we can now share with you on British Trams Online.

Speaking about the training, Peter Cushing, TfGM’s Metrolink Director, said: “There’s a great deal of excitement about this new Metrolink line already and I’m sure this will only increase as driver training trams become a familiar sight along the route. We’re looking forward to being able to confirm a start date and welcoming customers on to the service later this year. But before we can, the crucial testing and driver training period allows us to iron out any issues as we put the 14.5km route through its paces.”

No official opening date has yet been announced for the line which will bring the complete size of the Metrolink network to 57.5 miles (92.5km). 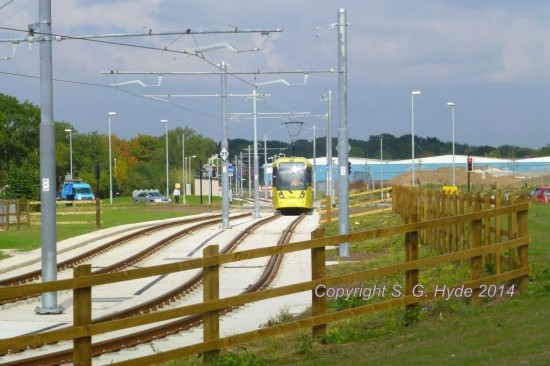 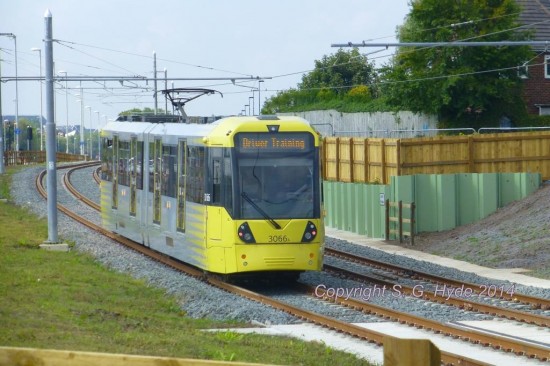 3066 accelerates away from Shadowmoss Road alongside Ringway Road towards the Airport. 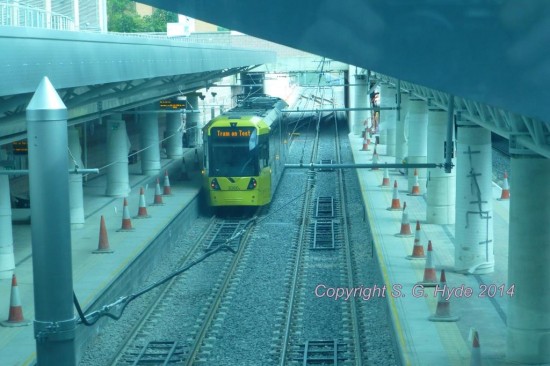 We now feature a few photos at the Airport itself. 3066 is seen here standing in the platform awaiting departure, the platform on the right is presently equipped as a stabling line and the right hand face will become platform 4 of the railway station. 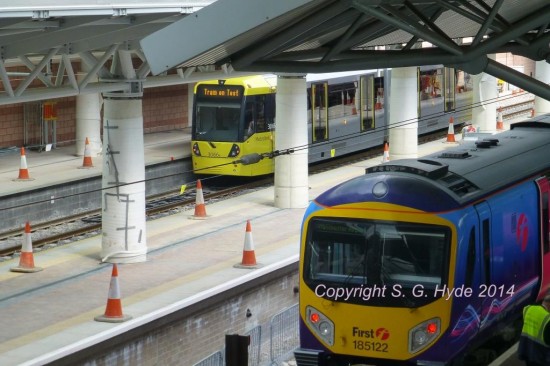 3066 and First Transpennine Express Class 185 185122 (in platform 3 of the railway station). Photography here isn't easy as the platform canopy columns get in the way of the view of trams. 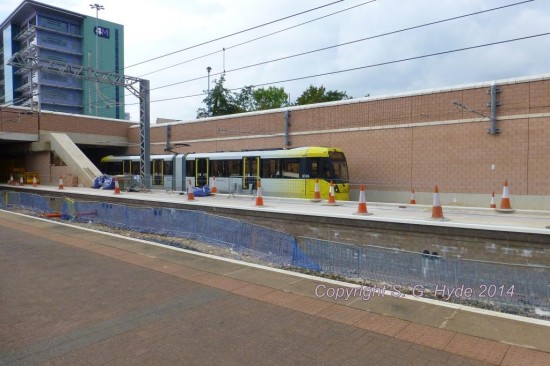 3066 departs the Airport (this view was taken from the end of platform 3 of the railway station). 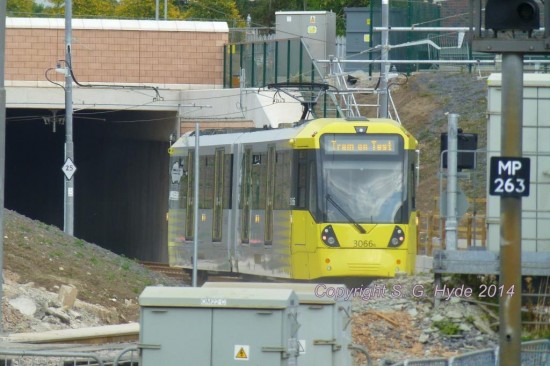 3066 is about to enter Ringway Road underpass in this view. (All Photos: Steve Hyde)