The work to replace the track between The Royal and Wolverhampton St George’s is now well underway with a concentration at the moment at The Royal end of the worksite to allow this to completed so that trams can run as far as here as soon as possible. Currently the rail is being replaced within the stop where a new crossover will be installed to allow trams to be turned here more easily than at present in case of disruption along Bilston Road.

Meanwhile the Urbos 3s continue to settle into service with four a day now not an uncommon sight. On Thursday 18th September the four in use were 20, 22, 23 and 24 with 27 also out on the main line undergoing testing. These four Urbos 3s are complemented by T69s for now but the advice is (as it was with the T68s) if you want a ride on one of the original trams get yourself to the West Midlands within the next few months as the plan is that come 2015 the service will be offered exclusively by the CAF constructed Urbos 3s. 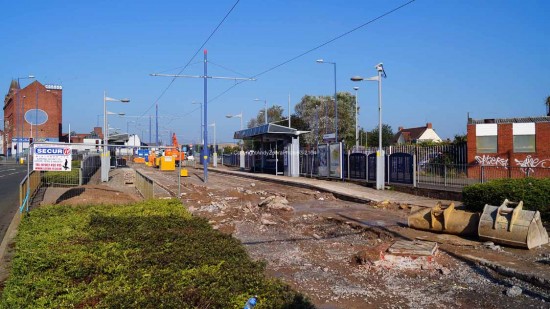 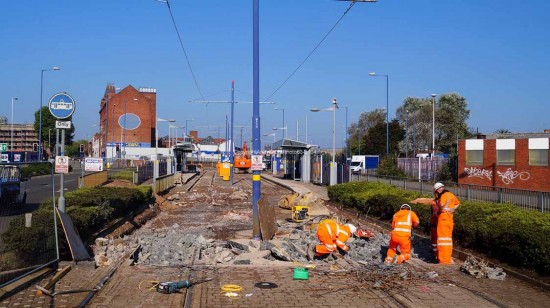 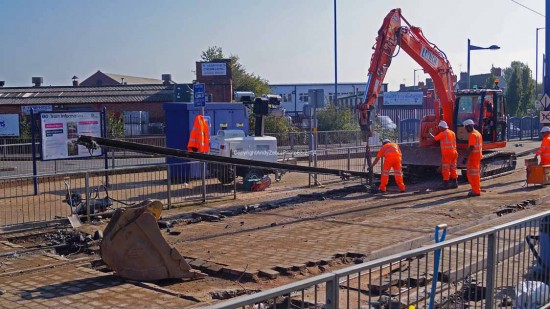 Three images of The Royal stop showing the state of play on 18th September with a section of the track removed and waiting replacement. 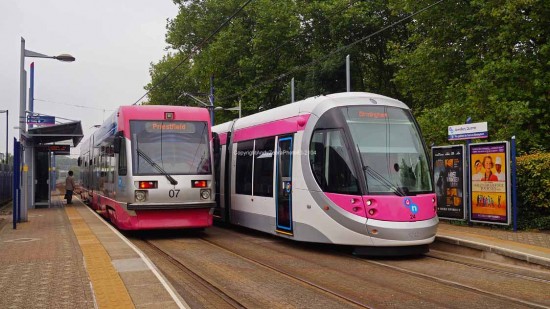 A view of some trams for you as well with T69 07 and Urbos 3 24 passing at Jewellery Quarter on 18th September. (All Photos: Andy Walters)