Posted on Saturday 16 August 2014 by Gareth Prior

Want to know when and where you ride on heritage trams over the next few weeks? Well if you do you have come to the right place as this is your one stop guide to heritage trams in the UK and Isle of Man! It’s a bit of a lull before the storm this weekend with no big events taking place although that will change over the Bank Holiday Weekend with the final daytime heritage operation of the year in Blackpool taking place alongside the Classic Transport Gathering at the Crich Tramway Village.

Current Status: Re-opens on Saturday 16th August and then every Saturday and Sunday plus Wednesdays, Thursdays and Fridays until the end of the school holidays.

Current Status: Operates Bank Holiday weekends and selected other dates until end of August. Then nightly during the Illuminations (Saturday 30th August-Sunday 9th November – start date to be confirmed) 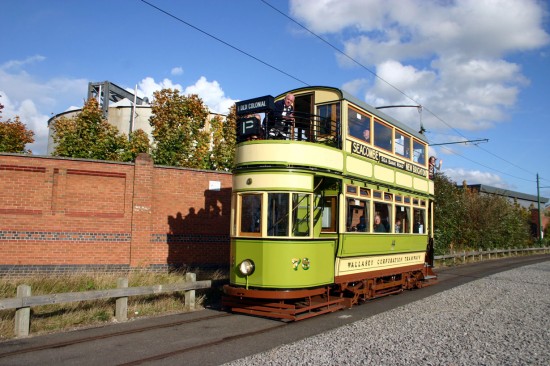 With the Birkenhead Tramway returning to service this week after a few weeks of problems we feature Wallasey 78 on 4th October 2009 during the annual Bus and Tram Show. (Photo: Gareth Prior)