Want to know when and where you ride on heritage trams over the next few weeks? Well if you do you have come to the right place as this is your one stop guide to heritage trams in the UK and Isle of Man! The next major highlight on our heritage tramway will be the Manx Heritage Transport Festival between Wednesday 30th July and Sunday 3rd August with the Manx Electric Railway playing a key role.

Until Sunday 31st August – Timetable D (14 departures per day starting at 0940 from Douglas – not all run all the way to Ramsey) Enhanced services will run on Thursday 31st July & Sunday 3rd August in connection with the Heritage Transport Festival. On Sunday 27th July cars 1 and 2 will be in use to celebrate 120 years of the MER to Laxey (see http://www.britishtramsonline.co.uk/news/?p=8392 for more details) 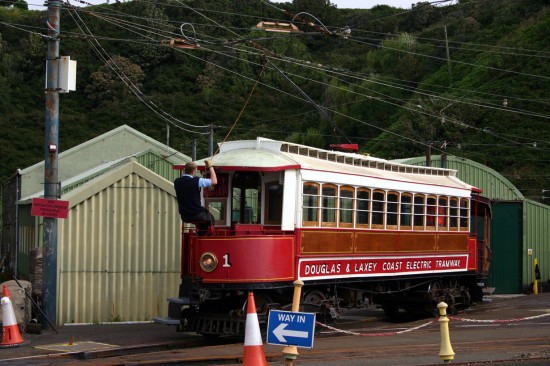