Another new tram for Midland Metro

On Monday 14th July the latest Urbos 3 arrived at Midland Metro’s Wednesbury Depot with 27 being delivered by the tried and tested method. Being sent from CAF’s factory in Zaragoza, Spain by sea to Plymouth the tram was then transported via low loader in two sections arriving at its new home early on 14th July. 27 is the 11th of the new trams to be delivered to Birmingham.

Meanwhile testing and driver training of the Urbos 3 trams continues to take place on a regular basis with several evenings a week seeing normally two of the trams out and about on the main line. No official word has still to be released as to when they will enter passenger service although rumours continued to suggest August. 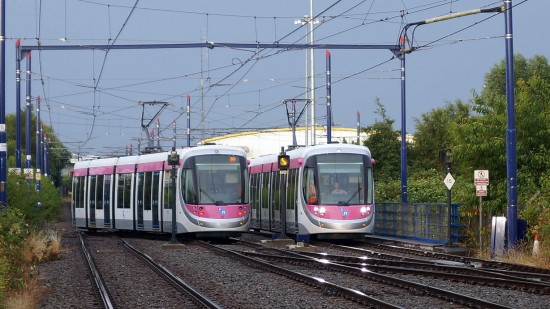 On 16th July the two Urbos3s in action were 21 and 22 and the pair are seen here at the start of their evenings work. 21 uses the crossover to head south towards Birmingham as 22 prepares to draw forward out of the depot. 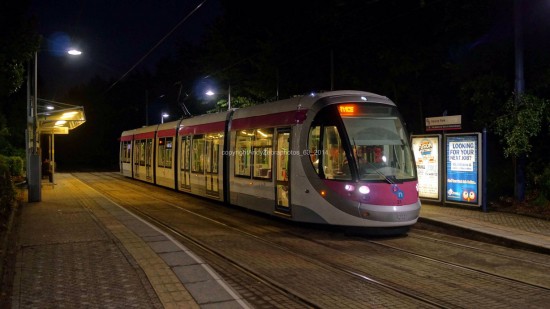 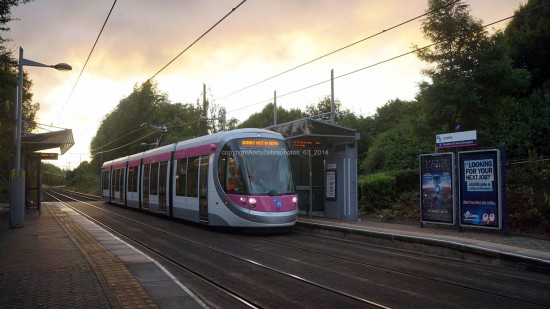 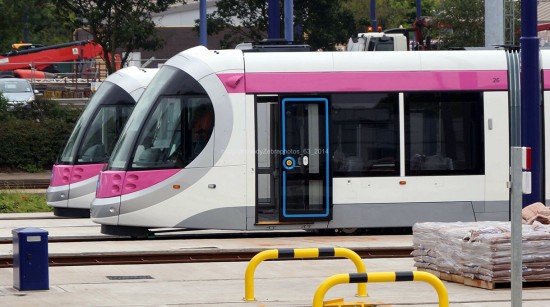 26 stands in the depot alongside one of its sisters on 17th July. 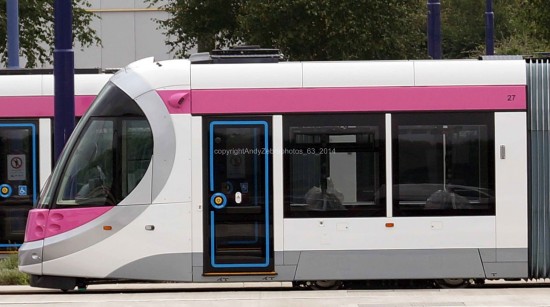 2 Responses to Another new tram for Midland Metro