The popular annual Fleetwood Festival of Transport will be held on Sunday 20th July and this will once again feature the heritage trams in a prominent role, with seven different cars due to feature at this event! Following the success of last year’s heritage tours, the service has been expanded for 2014 to operate between Fisherman’s Walk and North Pier.

A three-car heritage service will operate between North Pier (Blackpool) and Fisherman’s Walk (Fleetwood) on a half-hourly frequency for most of the day, with the exception of a large gap in the afternoon to allow for crew breaks. After the first departure with limited seating availability for the general public, the proper service will get underway with the 1055 northbound departure from North Pier. A full timetable for the day’s heritage shuttles can be found on the Blackpool Heritage Tram Tours Facebook page, here: https://www.facebook.com/BlackpoolHeritageTramTours/photos/a.630637307008078.1073741828.523251861079957/688822064522935/?type=1&theater

Five different trams are scheduled to operate in passenger service over the course of the day. The initial allocation will consist of – in order of appearance – Pantograph car 167, ‘Princess Alice’ 706 and Fleetwood Box 40. The latter will be making its year debut and its only appearance of the summer before moving to Crich, and will therefore be out all day. It is planned to swap the other two cars at lunchtime, with Bolton 66 and Boat 230 expected to replace them.

Two further trams from the heritage fleet will be on static display in Fleetwood for the duration of the festival, these being Standard 147 and Balloon 717. Both cars are to be utilised for novel purposes in connection with the event, and as such will not be able to carry passengers on this day, although their presence should add further interest.

What other attractions will there be?

As usual, this event will see the streets of Fleetwood town centre closed off to all road traffic with vintage vehicles on display and plenty of trade stalls and other side shows to enjoy. Add in live music, dance troops performing and children’s entertainment, and you have a fantastic day out for the whole family to enjoy. More details can be found at www.tramsunday.co.uk.

The festival itself is a free event open to everyone. Rides on the heritage trams will be charged at the usual fares with a day ticket (also valid on normal Blackpool Transport tram and bus services) priced at a very reasonable £10.

Please note that all of the information provided above is subject to change. Neither British Trams Online, Blackpool Transport or the event organisers will be held responsible for any changes to the planned events, including vehicle allocations, and open trams may be replaced by enclosed cars in the event of inclement weather. 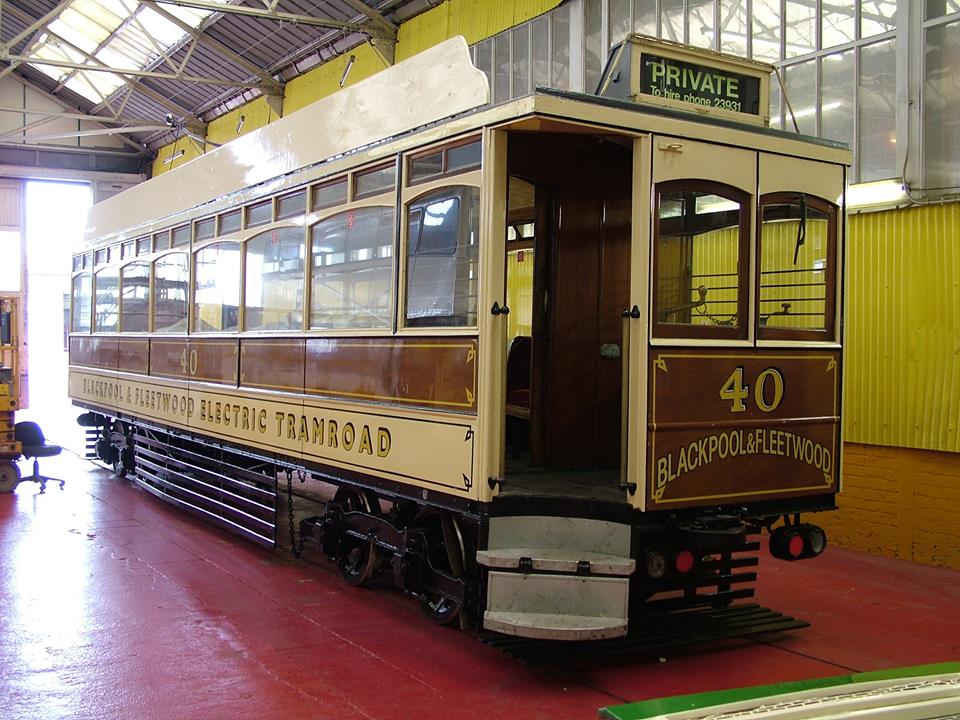 The star of Tram Sunday 2014 is expected to be Box car 40, making what may well be its only appearance in service at Blackpool during its centenary year. Here the tram is pictured in the Paint Shop as its current overhaul work nears completion. (Photo courtesy of Blackpool Heritage Tram Tours Facebook page)