In Pictures: Supertram puts on an intensive service for the Tour de France

Posted on Monday 7 July 2014 by Gareth Prior

On Sunday 6th July the world famous Tour de France visited Sheffield with the second leg of the cycling race ending in the South Yorkshire city. Throughout the day Stagecoach Supertram operated an intensive service which saw all of the trams in use with the exception of 108. Trams on the Blue route were diverted to run between Halfway and Meadowhall via the city centre with Purple route trams running between Herdings Park and Malin Bridge whilst Yellow route trams continued to operate between Middlewood and Meadowhall but at a higher frequency than normal. 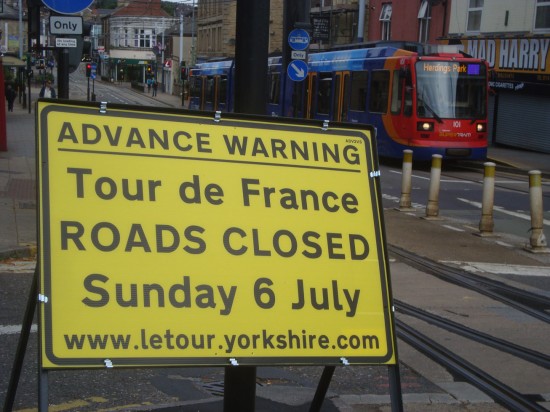 101 passes a sign about road closures at Hillsborough whilst working a Purple service to Herdings Park. 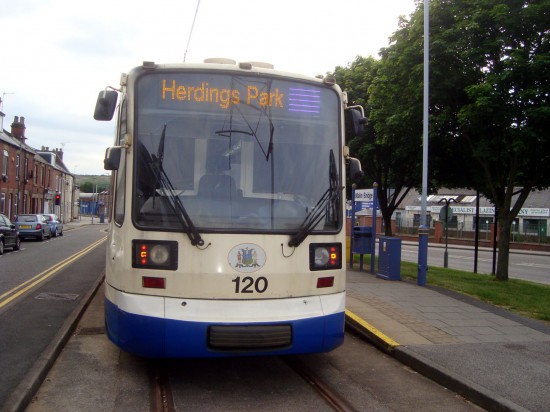 Celebrity liveried 120 stands at Malin Bridge, the temporary terminus of the Purple route. 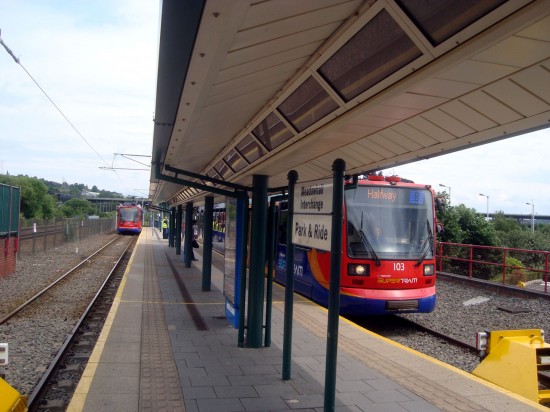 103 at Meadowhall Interchange when operating on the Blue route which was diverted here throughout the day. (All Photos: Stuart Cooke)