Posted on Monday 7 July 2014 by Gareth Prior

Tom Norris, Director and General Manager of Edinburgh Trams, was pleased with the figures: “We are still in the very early days of a brand new service but with an extremely busy launch week, a major concert at Murrayfield and a huge public interest in the new service, we’ve experienced a lot already. These early figures are a positive sign and very much in line with forecasts for this stage but we’ll have a clearer view of how things are going much further down the line. Our next focus is on Edinburgh’s busy festival season when, along with Lothian Buses, we’ll be moving thousands of local and and visiting festival goers around the city. This is a big opportunity for us in terms of selling tickets but also to further expose a successfully operational Edinburgh Trams service to visitors from across the world.”

Cllr Lesley Hinds, Transport Convener and Chair of Transport for Edinburgh, added: “These are encouraging figures and I’m pleased to note that they are in line with expectations. It’s been great to see how quickly people have embraced tram travel. Trams have already become an established part of daily life in Edinburgh and I’ve heard lots of positive feedback about how they’ve made people’s commute easier and how smooth the journey is, and so on. Obviously these are still early days and we’ll continue to keep a close eye on how things are going, picking up and dealing with any issues as we go along. We’d encourage everyone to keep on giving us their feedback and suggestions so that we can deliver the best possible service.”

The business model released before trams started to run set a target for passenger numbers of 4,555,000 for the first year. Edinburgh Trams will be giving a further update on patronage after the first 100 days of operation has been reached. 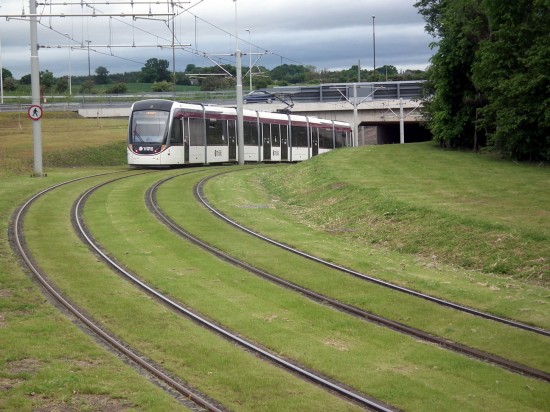