On Saturdays 17th and 24th May information events were held at St Andrews Square tramstop on Edinburgh Trams to give members of the public the chance to see inside a couple of trams and to ask questions about the impending opening of the line including details of ticketing and timetabling.

The event on both days proved to be popular with members of public and there was a great deal of enthusiasm over the opening not just from enthusiasts but also normal members of the public. Many positive comments were heard to come from those with mobility problems over the ease of boarding and the space for wheelchairs on board (the latter of which is something which buses could never hope to compete with).

As well as getting the chance to try out the plush leather seats on board the tram one of the cabs was open and this proved to be very popular with not only children but the inner child of adults present as well!

Following the success of these two days the next Saturday on Edinburgh Trams will see the start of public services. At 0500 on Saturday 31st July it will be the end of the start of the journey of the return of trams to the streets of the Scottish capital, a day many thought would never happen but in just a few short days trams will really be carrying passengers in Edinburgh once again!

Over the next few days we will be building up to the opening of Edinburgh Trams – watch this space! 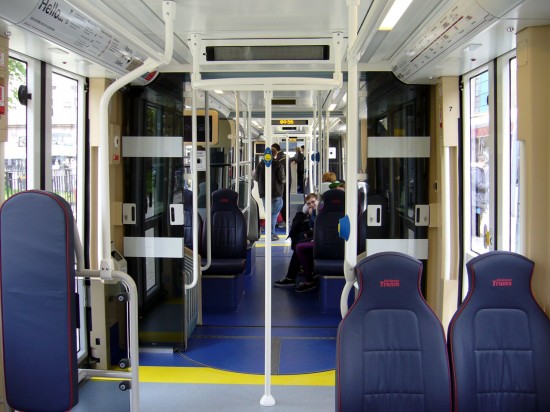 An interior view of a tram with the high back leather seats and glass sliding doors which can be used to shut off sections of the tram which are not needed at quiet times in the evening. 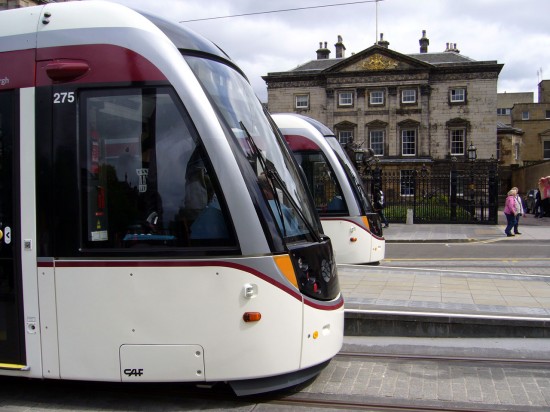 The two front ends of the trams 272 and 275 at the stop in St Andrews Square with the Royal Bank of Scotland building in the background. 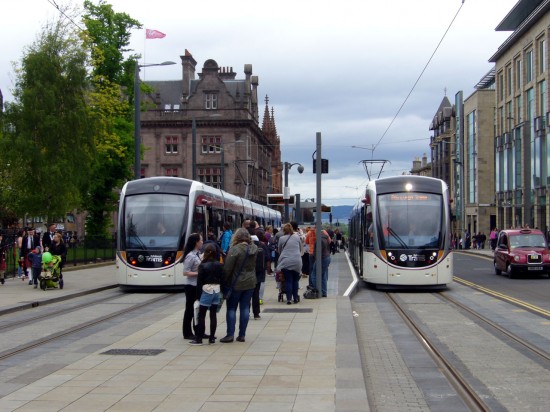 The popularity of the event can be seen from the number of people on the island platform. 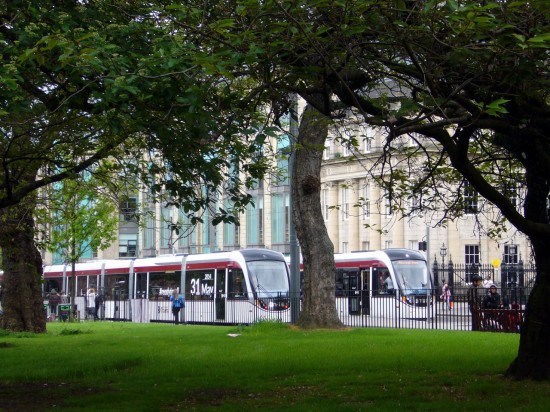 The two trams are seen through the trees. 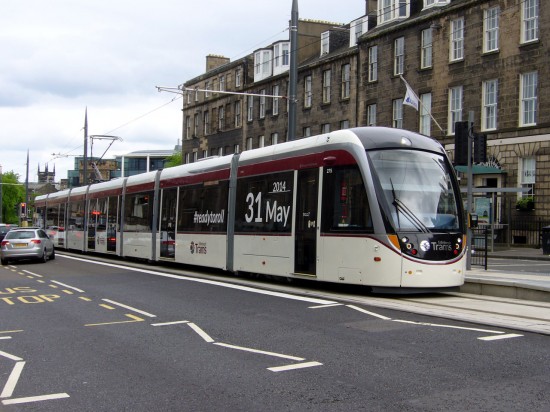 After the event 275 is seen at York Place as it reverses to return to the Airport. (All Photos: John Hampton, 17th May 2014)