Crich kick off the 2014 season

The first proper open day at Crich Tramway Village in 2014 was Saturday 29th March, when a three tram service operated, as is scheduled to run every day the museum is open this year. Although a limited open day had taken place on 1st February to allow enthusiasts to observe various unusual shunting movements, this was the first chance for visitors to ride on a tram at Crich after the long winter lay-off.

Thanks to fine sunny weather on this first day, Glasgow 1068 was amongst the trams in service. Of course, this was the most frequently used car at the museum last year and now it seems to be starting 2014 as it means to go on! Joining it in action were Chesterfield 7 and Leeds 180, giving a good variety of trams showcasing the development of British double-deckers.

In an attempt to reverse the declining visitor numbers, it is intended that at least three different trams will be used each day this season, and that others will be posed outside the depots at advertised times to make more of the collection more visible to the general public. Other innovations, such as allowing the public to disembark at the Glory Mine terminus, should also make 2014 an interesting year at Crich. Other changes such as a makeover for the entrance building, refurbishment of the indoor play area and the tea rooms, and work on the Town End tram shelter all show that museum staff and volunteers have been working exceptionally hard during the closed season, to ensure that the site looks its best for early visitors. 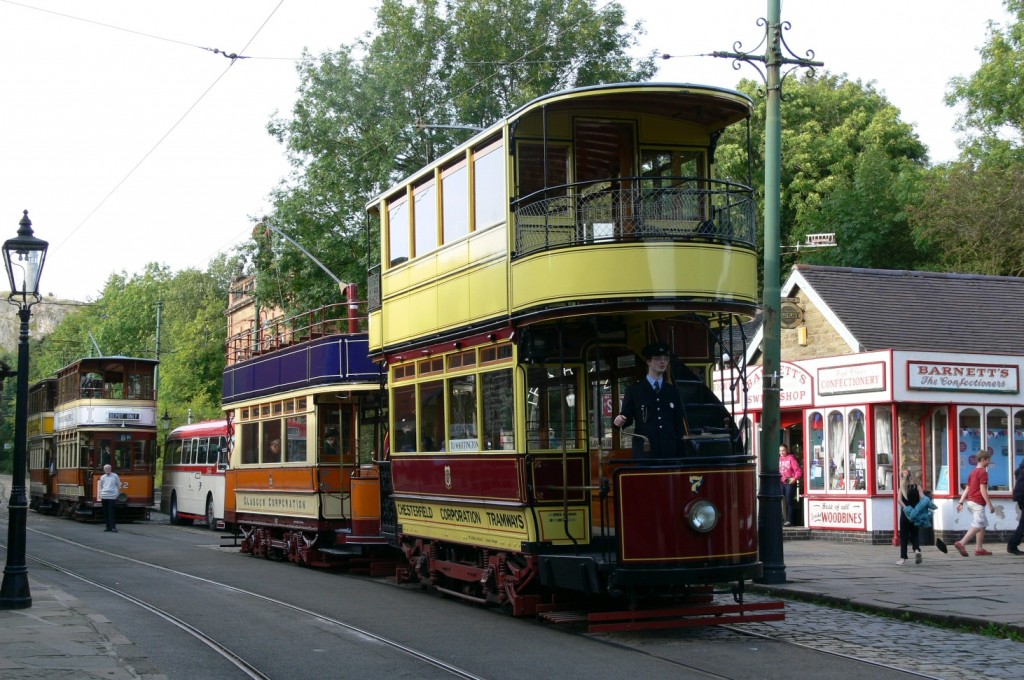 A classic Crich scene with Chesterfield 7 and Glasgow 1068 at Stephenson Place. Both of these trams ran on the inagural day of the 2014 season, and both are expected to see regular service during the year ahead. (Photo by Andrew Waddington)