The original dark green, black and silver livery on Nottingham Express Transit has now been completely eradicated following the outshopping of 201 – which retained the livery on the ends as part of an all over advert for Nottingham Contemporary – in the new fleet livery – under two weeks after the line celebrated its 10th anniversary.

201 had previously undergone the full internal refurbishment but had returned to service still in its all over advert in mid February and ran for around a month in this state before following 208 into the workshops to receive the full re-livery.

Having reported at the weekend that there were now just five trams carrying now standard livery this figure has now dropped to four:

207 – all over purple (including centre car adverts for Smart Water) 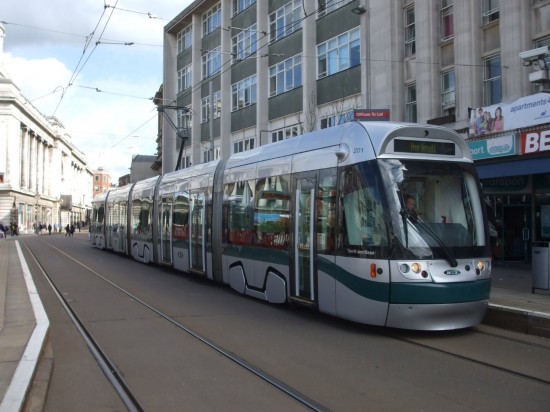