Help for horse trams at Leeds

The restoration of the rediscovered Cambridge/Bradford/Bath horse tramcar now housed at the Ipswich Transport Museum is now underway, with some assistance being provided by the Leeds Transport Historical Society. Having gained considerable expertise whilst restoring the similar horse tram Leeds 107, the LTHS have arranged to carry out some of the required work to transform this unrestored relic into a stunning museum exhibit.

The Society have produced a set of brand new wheelsets for the tram which is to be restored in its original guise as Cambridge 7, having retained patterns used for the Leeds car. These have recently been taken to the Middleton Railway, where of course the resoration of Leeds 107 was completed last summer, for a trial assembly using a mock underframe, which was remarkably undertaken in just one day, including the addition of brakes and tie bars. This was to enable all of the necessary running gear to be created, before the equipment is transferred to Ipswich to form the basis of the reconstructed horse tram in the next few days.

As if this was not enough positive support from the LTHS, the same organisation has also agreed to assist with the restoration of yet another horse-drawn tram. Leamington & Warwick 8 is currently in the stages of a full restoration at Beamish Museum, and is expected to be combined with parts of another derelict horse car stored at the museum, Newcastle & Gosforth 49. Once again the LTHS are expected to assist by working on the running gear, whilst the body of the tram will presumably be restored at Beamish. It is particularly pleasing to see that a fairly small volunteer organisation has now developed specialised skills which can be used to help other groups, and that such a good level of co-operation has been reached with the Society and other like-minded museums. 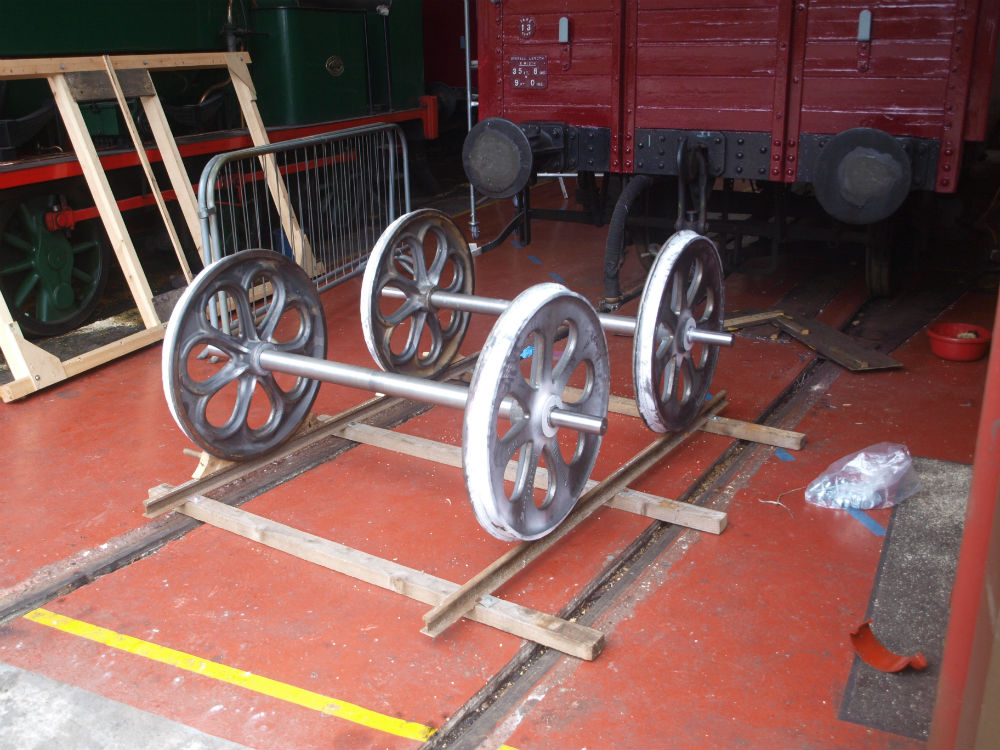 The wheels and axles intended for Cambridge 7 seen on arrival at the Middleton Railway on the morning of 8th March. 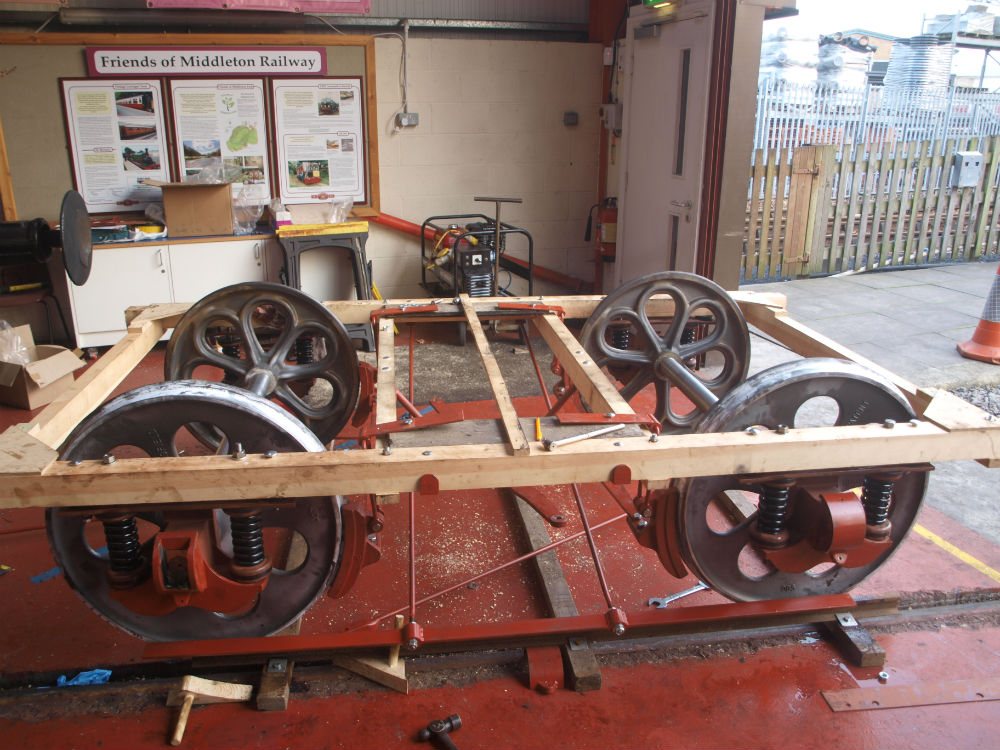 By the end of the day, the trial assembly had been completed with the wheelsets ready for painting, as shown in this image. (Photos by Jamie Guest)

3 Responses to Help for horse trams at Leeds