The construction of a new depot in which the tram collection of the North Eastern Electrical Traction Trust will be housed is now virtually complete, with just some final ground works remaining to be finished. This represents a massive turning point for this progressive preservation group, and will allow the various trams housed in Sunderland to move under cover in the very near future.

The impressive building, which will accomodate up to twelve vehicles, has been designed to blend in well with the other buildings around it at the North East Land, Sea & Air Museum. Indeed, the depot has been constructed on the side of one wall of an existing hangar at the museum. The area in front of the depot has also been surfaced with tarmac, creating a much improved area for visitors and showing that the site is now aesthetically pleasing as well as functional. Two tracks were already in place before the shed was constructed, although a third will be added at some point in the future.

That this wonderful milestone has been reached is largely thanks to the hard work of NEETT volunteers, as well as the invaluable support of Sunderland Council and the aircraft museum, plus the efforts of contractors Simpson & Allinson Ltd. who carried out the job with a small team to a very high standard in a short space of time.

With the roller shutters now in place at the front of the depot, thoughts are now being turned towards moving the trams of NEETT into their new home. Quotes are now being sought from haulage firms, as it is felt that moving the trams aboard a low loader is probably the safest method of moving them the short distance required. As most of the trams on site have been stored outside for around two years, this will be a great day for the vehicles themselves. It will also allow even more trams to move to the Sunderland museum site, with privately owned Blackpool Brush car 634 expected to arrive in March on loan for a minimum period of twenty years, and the illuminated Hovertram 735 also expected to arrive soon. These should instantly become two of NEETT’s star exhibits, and hopefully will encourage many tram enthusiasts to visit them and support their owners’ ventures. 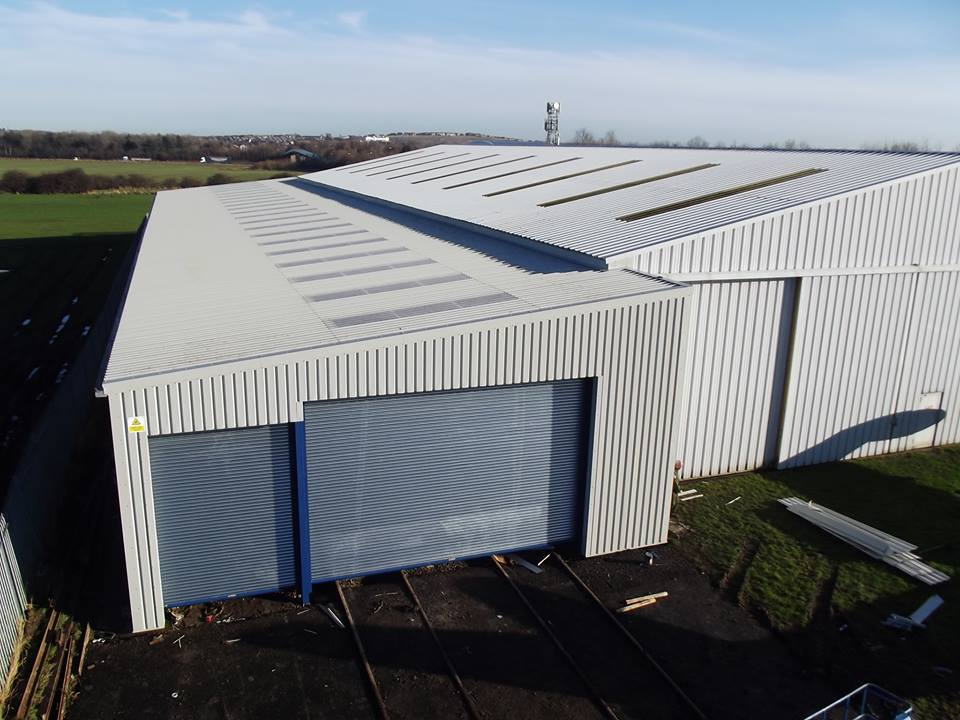 A novel aerial view showing off just how impressive the new tram depot at the North East Land, Sea & Air Museum now that it is complete with the roller doors in place. (Photo courtesy of the North Eastern Electrical Traction Trust)