NEETT depot gets its walls

Construction work on the new tram shed at the North East Land, Sea & Air Museum near Sunderland has made incredibly rapid progress during December. As the accompanying photograph clearly shows, the building is now structurally almost complete following a huge effort made to ensure that the trams on site will be able to move inside this winter, and hopefully before the worst of the winter weather kicks in.

Cladding of the depot walls has been undertaken during the past week, as and when weather conditions have allowed this to progress. At times, strong winds have meant that work had to be stopped early and when this happened, other smaller jobs have been carried out instead to prepare the new building for use. The contractors who have worked on this job have truly excelled themselves, often coming in to start work early in the morning and on at least one occasion they even worked on a Saturday due to a day’s worth of work being lost early on in the project, again as a result of severe winds. Thanks must also go to the local Councillors, without whose support this work would not have been possible.

2013 has been an incredible year for the North Eastern Electrical Traction Trust, who have seen most of their vintage trams moved to the Sunderland site, restoration work commence on Blackpool 721, more trams acquired and now the near completion of their first vehicle storage shed. With even more trams expected to make the journey to Sunderland for a new life in preservation in the coming months, 2014 should be another great year for this progressive organisation and hopefully the past year’s developments will help NEETT to keep growing and prospering. 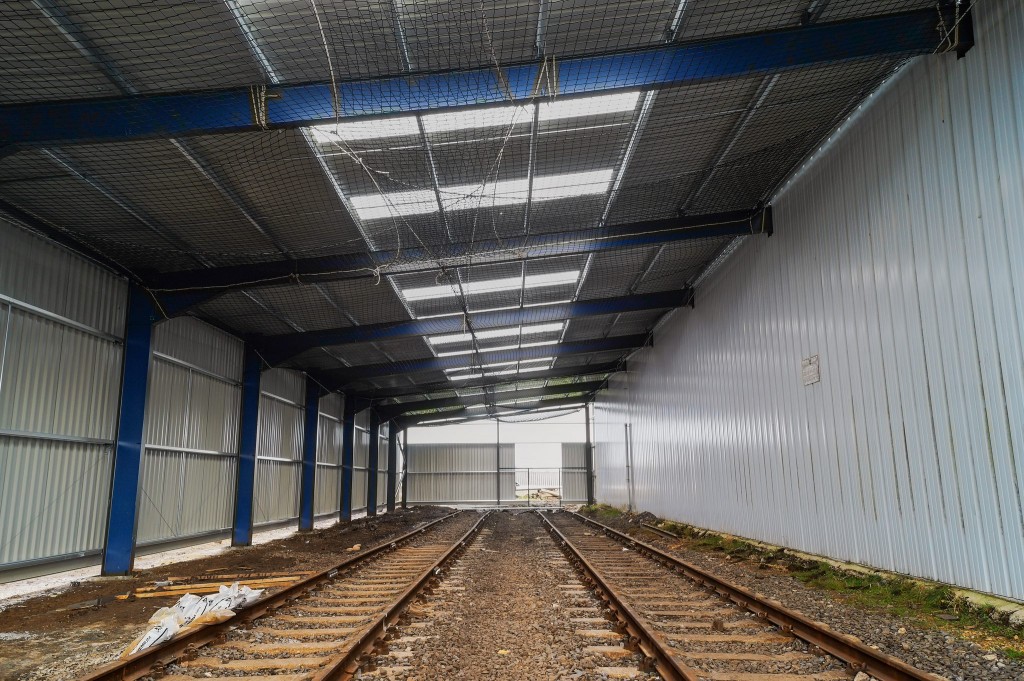 The latest amazing progress on NEETT's tram depot, with the walls and roof panels largely complete, is shown to full effect in this image from December 20th. (Photo by Kevin Betts)