In Pictures: Nottingham Express Transit 209 receives all over advert

Posted on Sunday 22 December 2013 by Gareth Prior

It is becoming incredibly hard to keep up with all the livery changes on Nottingham Express Transit at the moment as 209 has now received advertising vinyls to change its Christmas livery into an all over advert for Interski. The white and blue base colours of its Christmas livery remain but the centre section has received full height vinyls with the two end sections also receiving Interski adverts. 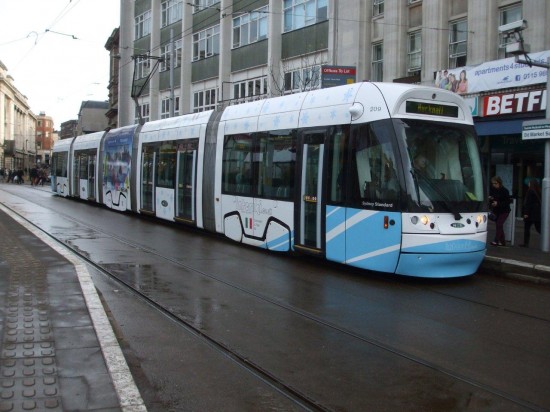 209 seen at Old Market Square carrying its new all over advert for Interski. As can be seen two of the five cars of the tram have received no extra vinyls at all with the two end cars only receiving limited adverts. 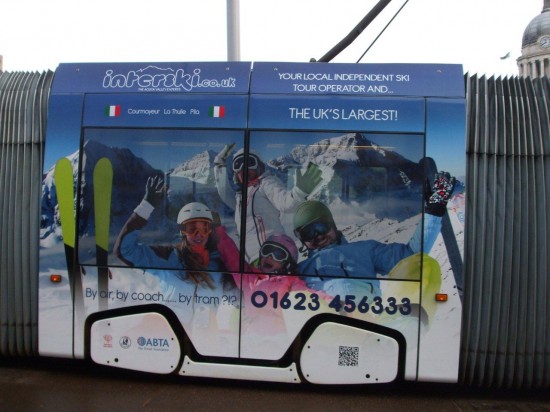 A close-up of the centre car Interski advert on 209. 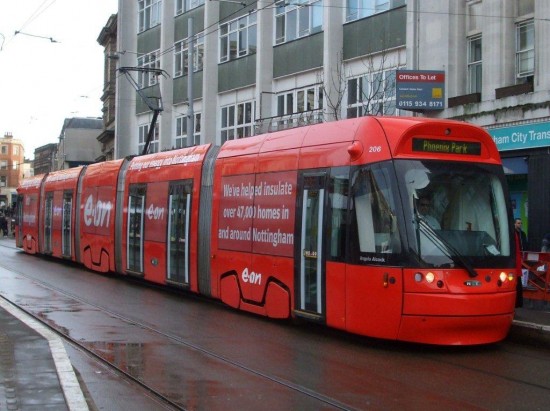 Another look at 206 in its new advert for e-on. Note that the advertising vinyls are actually covering the side destination indicators! (All photos: Bob Gell)

2 Responses to In Pictures: Nottingham Express Transit 209 receives all over advert