NET 204 returns to service after refresh

Posted on Saturday 7 December 2013 by Gareth Prior

After a break of nearly five months another tram has entered service on Nottingham Express Transit in new mainly silver fleet livery. The tram in question is 204, which was previously in the blue based “Glide in Nottingham” livery, and was first seen operating in the new livery on 4th December. The tram has received the full interior refresh and has also become the first of the refreshed trams to feature external advertising.

Elsewhere on the NET fleet 213 has now lost its non standard central lower green panels and 207 is still operating in its half finished dark blue livery although we can now confirm this has not gone through the interior refresh yet. 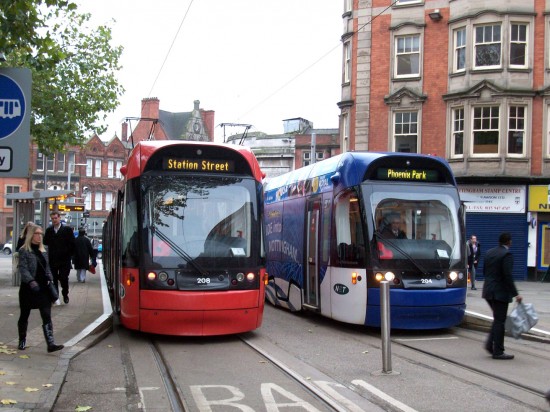 One last look at 204 in its attractive Glide into Nottingham livery alongside 208 in its all over advert for eON at Royal Centre on 18th November 2013. 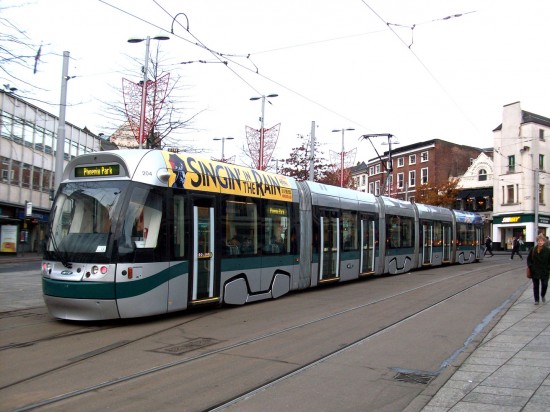