After a very busy year, the North Eastern Electrical Traction Trust are now making the final preparations for the construction of their brand new tram shed at the North East Land, Sea & Air Museum in Sunderland. The first two lines (of an eventual three) have almost been completely laid in situ now, and should be completed by the end of this month, subject to the availability of enough ballast. Foundation works should commence straight after, and the actual building work is now due to begin on December 3rd.

Work is also continuing on Blackpool Balloon car 721 and it is anticipated that this car will be ready for the 2014 summer season at Heaton Park, which will be its first stint of passenger service since November 2009 when this tram last ran at Blackpool. A considerable amount of time has been spent on improving the appearance of the interior; recent progress has seen the internal wooden cab doors overhauled and prepared for re-varnishing. As soon as the roof section on the new shed is completed, then work can start on moving the group’s collection of vehicles undercover and this will allow 721‘s roof repairs and repaint to progress. The task of moving all of the trams into the depot from their various positions will require a serious effort from many volunteers, and anyone who is willing and able to assist would be very welcome to come along and help!

Away from the museum site itself, and the Trust are now well on the way to reaching their target to cover the cost of buying the illuminated Blackpool Hovertram 735, and it looks as if they should have fully paid for this iconic tram by the end of December. However, NEETT still need to raise the high transport costs, as the response to the appeal for donations to help fund its acquisition has so far been rather disappointing. If any readers of this website would like to make a donation to help ensure the survival and future restoration of this unique Blackpool tram, please contact membership@neett.co.uk for further details. 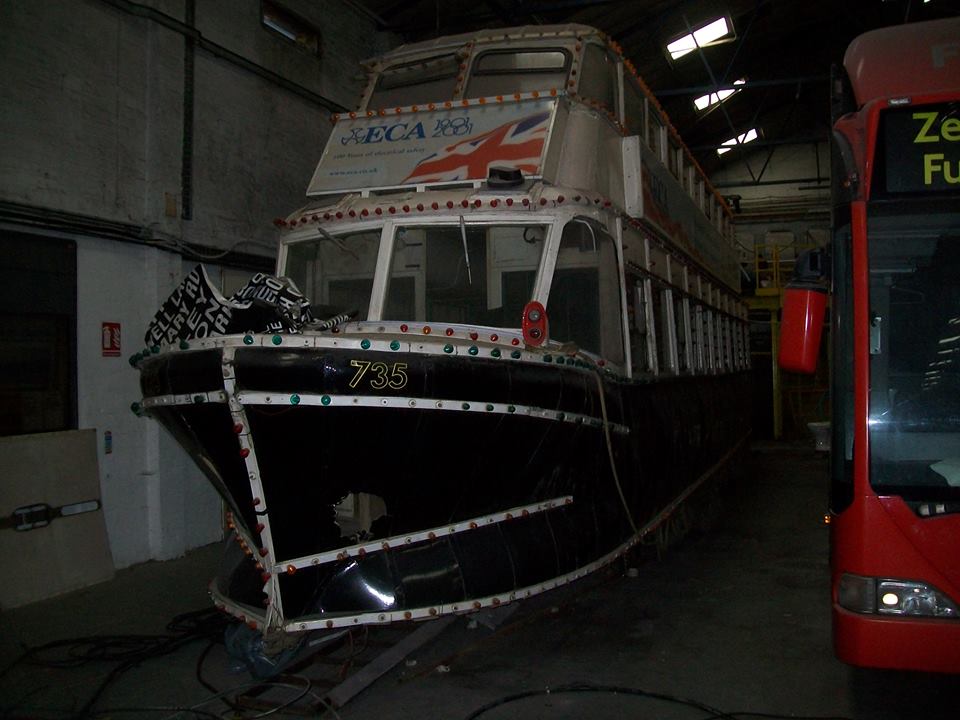 A rather dark view of the Hovertram at its current home in Scotland. Note the hole in the body panels at the end pictured, sustained during its time stored at Rigby Road depot, Blackpool. 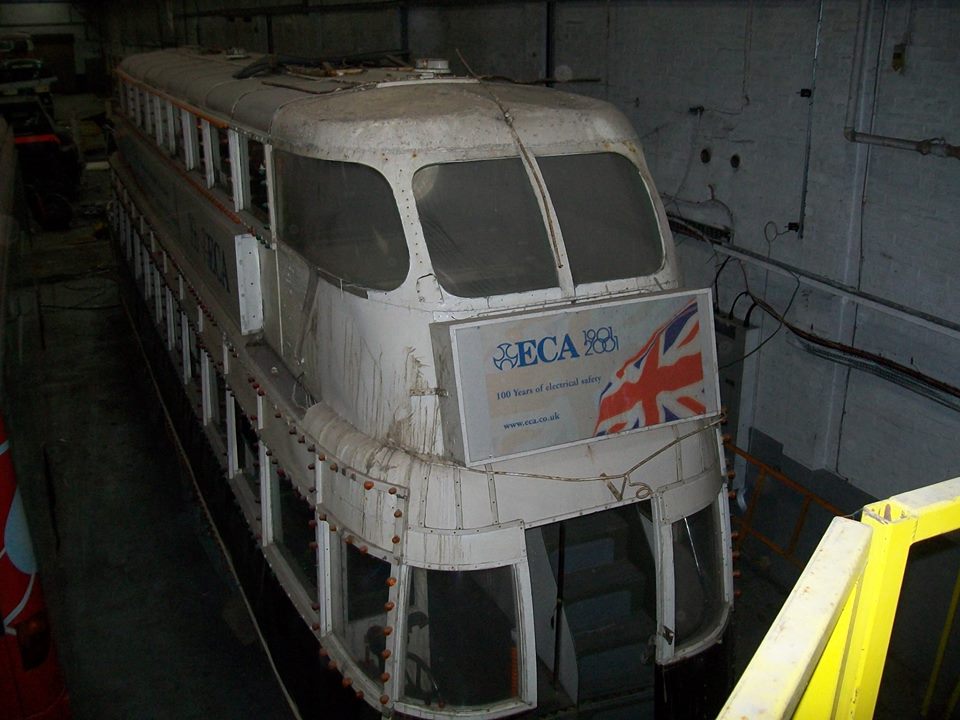 A more unusual view of 735, showing the rear upper deck design and its rear entrance/exit area, seen from an adjacent vehicle. (Photos from the North Eastern Electrical Traction Trust)