In Pictures: Progress made in Wolverhampton

It seems to have been a long time coming but progress is finally being made in Wolverhampton City Centre on the short extension of the West Midlands Metro to Wolverhampton Railway Station. Further works have been underway for a little while now which has seen both the installation of overhead wires and more track ahead of completing the extension this summer.

The Wolverhampton Railway Station extension leaves the current line just before Wolverhampton St George’s and crosses Bilston Street before entering Pipers Row. It runs along Pipers Row calling at the one intermediate stop close to Wolverhampton Bus Station before turning onto Railway Drive and then terminating outside Wolverhampton Railway Station. The extension has been much delayed but the latest estimate was that trams would start running along it this summer – but there does remain some work to be completed before this can happen (as well as the not too insignificant issue of there being no trams to operate the service).

Its planned that every other tram from Birmingham (eventually Edgbaston Village) will run to Wolverhampton Railway Station with the other continuing to service Wolverhampton St George’s. The front of the trams and information screens at stops will clearly show where each tram is going.

Back to the present and recent weeks have seen some significant progress on the final stages of work. This has seen overhead wires installed from the junction at Bilston Street and along Pipers Row whilst in front of the station there has been further track laid. This has included 92 metres of single track which has not only been installed but welded into place. 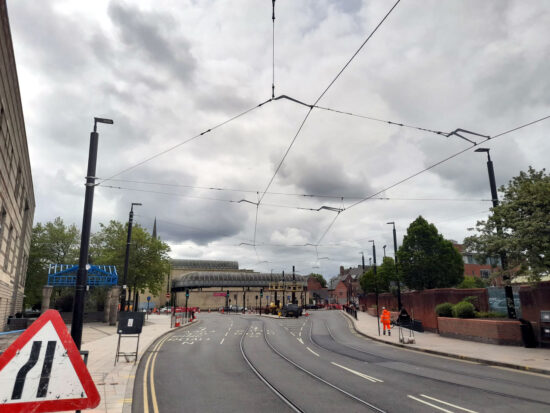 On Pipers Row and looking back to the current line this view shows the overhead now in place. 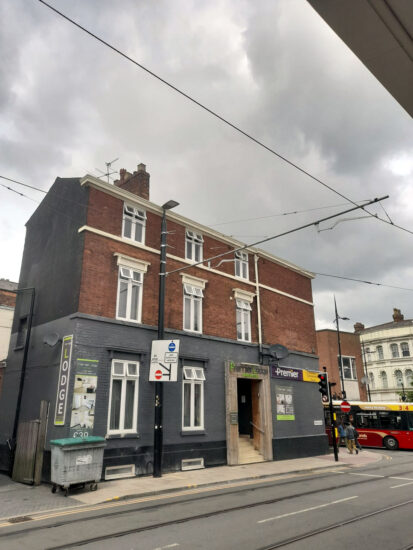 Further along Pipers Row and we take another look at the overhead. 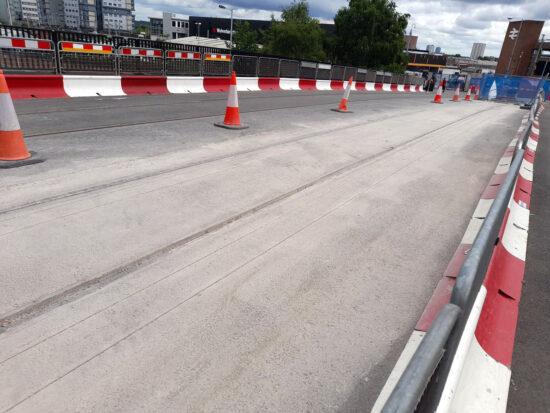 Track in place on Railway Drive. 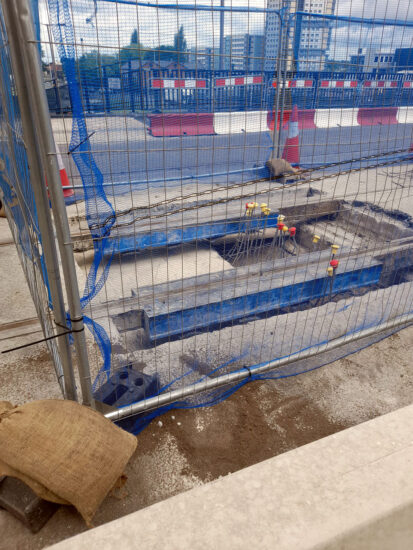 More trackworks still ongoing on Railway Drive as work to lay the last rails continues. (All Photographs by Dan Noon, 23rd May 2022)

3 Responses to In Pictures: Progress made in Wolverhampton